Pilots or Controllers: Who’s Liable in the Free Flight Environment?

Free Flight will not worsen the legal position of the pilot nor relieve air traffic controllers of all liability. Rather, this emerging era of flight is likely to introduce new areas of application for existing liability principles. How can this be?

Safe navigation requires, among other things, tools and procedures that will minimize the risk of collisions between aircraft. In the early days of aviation, pilots took this responsibility entirely on their own shoulders by looking out their airplanes’ windscreens. However, as traffic increased and aircraft became able to fly in poor visibility conditions, alternative means of safe navigation had to be found. That assistance eventually came in the form of a ground-based system comprising technical navigation aids and air traffic services (ATS) facilities. As a result, the traffic separation function now is largely performed by air traffic control (ATC) operators for all instrument flight rules (IFR) navigation.

ATC also offers assistance to controlled visual flight rules (VFR) flights. It keeps predetermined distances between controlled aircraft to avoid collisions or to provide flight crews with the information they need to prevent collisions themselves. The system works on a "positive control" concept, under which pilots must follow clearances issued by ATC, whether they are operating by IFR or VFR. Pilots receive instructions from ATC as to which route to follow within a fixed airway structure or network of flight paths connecting the main airports. Shortcuts are not taken through these flight paths for fear of encountering other craft.

By sticking to predefined flight paths, however, ATC is unable to make use of the full airspace capacity. The corridor system of flight channels all traffic through limited airspace sectors, thus imposing longer flight distances than could ideally be flown with direct routings. Air traffic controllers also must limit the number of flights within a path as a safety precaution. The result? An airspace capacity shortage that has become acute.

The Free Flight concept is expected to help ease the shortage. Formally known as communications, navigation, surveillance/air traffic management (CNS/ATM), the new system of flight control will combine emerging data link and satellite technologies with existing safety precautions to allow pilots to determine their own flight paths. Free Flight nonetheless poses significant liability questions, as it would shift some of the separation tasks presently performed by ATC onto pilots.

RTCA Task Force 3 defines Free Flight as a "safe and efficient flight operating capability under IFR in which the operators have the freedom to select a path and speed in real time. Air traffic restrictions are only imposed to ensure separation to preclude exceeding airport capacity, to prevent unauthorized flight through special use airspace (SUA), and to ensure safety of flight. Restrictions are limited in extent and duration to correct the identified problem."

Free Flight is largely a U.S. concept. However, Europe is developing its comparable Free Routing concept, which takes into account the problems posed by the continent’s traffic density and flow structures. While aircraft in Europe will be virtually free to fly unconstrained within Free Flight airspace, pilots operating in the Free Routing system will remain constrained by the terms of the ATC clearance, except in planning the route and altitude they wish to follow.

Under both the U.S. and European systems, ATC’s role would be diminished and controller intervention would take place only when the planned route of one aircraft conflicts with the path of another. But contrary to naysayers, neither the U.S. concept nor the European concept will relieve controllers of all liability because ATC always will be the ruling entity in separation arbitration, says RTCA Task Force 3. That means Free Flight will not become a substitute for ATC, but rather will broaden the range of means used to support the pilot in the safe conduct of a flight.

While the liability rules of air navigation thus will remain centered on the pilot, ATC still will be liable for any failure in providing separation among aircraft for specific flight patterns. This would seem to make the most significant task ahead the definition of new operating rules and procedures for the specific areas where Free Flight will be introduced since liability follows statutory authority.

True, the introduction of sophisticated new flight control and safety technologies and the gradual implementation of Free Flight will bring changes in the respective duties of air traffic controllers and pilots. In those parts of the airspace where these solutions are used, pilots will take upon themselves a number of the tasks related to traffic separation that are now performed by ATC. Air traffic controllers will end up stepping back from direct traffic control to assume more of a monitoring role. They will supervise automated equipment and interfere with a pilot’s decision only when a safety conflict arises or when onboard equipment fails. Air traffic controllers therefore undoubtedly will remain liable for their actions in the event of an accident.

That’s because the notion of liability itself is closely connected to the concept of duties or responsibilities, and legal liabilities follow statutory responsibilities. In the case of pilots, that statutory responsibility has been defined by the courts in terms of traffic separation. Pilots are responsible for operating their aircraft in such a way as to avoid collision hazards. The "pilot-in-command" principle of the Chicago Convention holds that a pilot cannot be held legally liable for any damage done to an aircraft unless it was caused by a breach of that statutory duty.

Both Can Be Liable

At the same time, the allocation of liability in the ATC context is not a binary concept. In other words, the pilot’s liability would not exclude the liability of the air traffic controller or vice versa. "We have previously rejected the position that a pilot’s negligence in performing his duties must, as a matter of law, free the air traffic controller from liability," wrote the majority in Rodriquez vs. United States (U.S. Court of Appeals, 3rd Circuit).

At the same time, the International Civil Aviation Organization (ICAO) says ATC cannot substitute for the pilot’s own duty regarding the safety of his aircraft. "The pilot has a continuing duty to be aware of dangers which are discernible with his own eyes and instruments," agreed the 5th Circuit U.S. Court of Appeals in United States vs. Schultetus.

However, recent court decisions such as Colorado Flying Academy, Inc. vs. United States, Remo vs. U.S. Federal Aviation Administration, and Neff vs. United States have found that both the pilot and the controller are decisive players in aviation safety. These decisions also have allocated liability based on the notion of "reciprocal" or "concurrent" duties.

In short, even in a Free Flight environment, air traffic controllers and pilots can expect to share liability in proportion to their culpability or involvement in the occurrence of the accident. A close read of the court cases indicates that it is not so much the formal flight rules used that will govern liability, but the actual visual conditions prevailing at the time of an accident. If the visibility conditions and other relevant operational factors do not prevent the pilot from visually identifying the risk of an accident, then the pilot surely will be blamed, at least in part, for the occurrence of a mishap.

At the same time, the 1955 case, Eastern Air Lines vs. Union Trust Co., is among those that show that blame will fall on ATC if the pilot is found to have had no practical means of identifying the risk of collision. This conclusion takes on particular significance in today’s congested flight environment. A pilot’s ability to avoid collisions by visual separation alone in busy controlled airspace is extremely limited. Therefore, the criteria by which a pilot’s reasonable behavior is assessed become important in evaluating liability in the event of an accident. No court in the world should expect the same level of visual separation or visual situational awareness from a pilot in today’s extremely complex flight environment as was required in the past.

Although pilots are required to "see and avoid" and to be vigilant and critical toward ATC instructions, their ability to reasonably anticipate danger is decreasing as air traffic increases. They therefore are entitled to rely more and more on ATC.

The pilot and controller appear certain to remain partners in safe flight. It’s reasonable to assume then that the courts will rely on liability principles already in place for cases involving accidents in Free Flight airspace. The final authority of the pilot in command will remain, and judges will assess the behavior of the flight crew and the effective means available to them to identify a risk of collision.

At the same time, technologies will emerge to expand the range of navigational aids that a pilot can use in assessing danger. These tools probably will take the form of airborne separation assistance systems, enabling pilots to select the most appropriate measures to avoid collisions. ATC and traffic data derived from onboard equipment will allow pilots to "see" other aircraft, even in IFR conditions, strengthening the "see and avoid" principle behind flight.

Francis Schubert is the corporate secretary for Skyguide, Swiss Air Navigation Services Ltd., in Geneva, Switzerland, and an adjunct professor at the Institute of Air & Space Law at McGill University, in Montreal, Canada. He also is chairman of the Legal & Policy Working Group of the Civil Air Navigation Services Organization (CANSO).

After holding several air traffic control positions in the 1980s, Schubert earned his Ph.D. in international aviation law from the University of Geneva and a Diploma in Higher Studies in international relations from the Graduate Institute for International Studies, in Geneva. He has published several articles on the legal aspects of air traffic management (ATM) and on the legal liability of controllers. Schubert’s expertise in aviation law has been employed by Eurocontrol, the International Civil Aviation Organization (ICAO), the European Commission, and the European Civil Aviation Conference (ECAC). 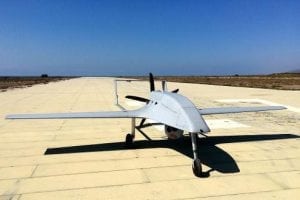 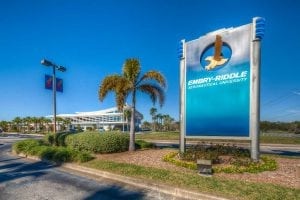