I enjoyed your "Safety in Avionics" column titled "Anti-Hijacking Avionics" (November 2001). I found your comments on the "RoboLander" of particular interest. I am aware that several avionics manufacturers are looking at the capability of maneuvering and landing an aircraft from the ground.

One can not help but wonder if these types of failure modes really need to be introduced into the aircraft–not to mention the associated cost of integrating such highly critical and complex functionality into new and existing aircraft.

Additionally, the discussions that I have had with airline pilots indicate that they are not interested in the RoboLander, but instead endorse the cockpit isolation system that you described in your article. I predict that it will be many years before we see the RoboLander or something similar integrated into commercial transport category aircraft.

Thanks for the thought-provoking article.

Avionics Magazine columnist David Evans recently won the "Corboy & Demetrio Journalism Award for Contributions Leading to Improved Aviation Safety." He was honored for his work as managing editor of Air Safety Week. Evans received the award at the 7th annual National Air Disaster Alliance/Foundation (NADA) from Carole Reitz, who lost her son in the 1996 crash of ValuJet Flight 592. The awards dinner was held Sept. 29 at the Double Tree Hotel in Arlington, Va.

"This award is very important to the family members and [NADA] board members," said NADA President Gail Dunham. "It represents quality and integrity in journalism." 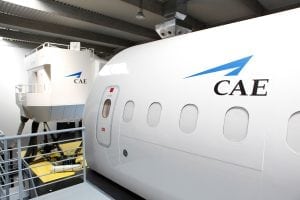 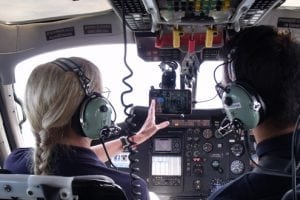 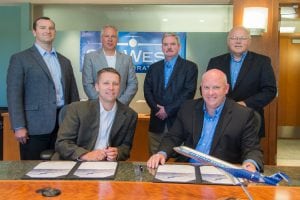