Also, the presentations at the ILA convention had "more technical substance," according to an attendee. Much of the technical data came from FAA/USCG Loran-C research. The FAA’s Mitchell J. Narins, systems engineer-Navigation Integrated Product Team, says he hopes to file a status report of the results by the end of 2001. Early results indicate that the Loran-C community may have even more reason for enthusiasm.

Could Loran-C become the "comeback kid" of navigation? In the early 1970s, it became the radionavigation system of choice for U.S. coastal waters. A civilian system, Loran-C became widely used, for example, in general aviation. It gained acceptance outside the United States, as well.

Some 20 years later, however, the future of Loran-C and other land-based navaids was jeopardized by a policy to make GPS the sole means of navigation. Indeed, Loran-C was scheduled to be terminated by 2000. But talk of sole means GPS has since diminished, and between 1997 and 2001, Congress allotted funding for Loran-C that escalated dramatically, from $4.6 million in ’97 to $25 million in 2001. Congress still is haggling over the 2002 allocation; funding could reach more than $20 million.

FAA/USCG research has focused on the four requirements that Loran-C must meet to support lateral navigation (LNAV) during the approach phase of flight: accuracy, availability, integrity and continuity. While remaining noncommittal until the results are finalized, Narins has indicated that Loran-C probably will vault over those four hurdles and, in fact, be capable of providing "chock-to-chock navigation." First, accuracy is not an issue with Loran, says Narins. It always has been accurate to within the required one-third mile, and with the more precise and more stable cesium clocks the USCG has installed in ground stations, accuracy should be even better.

Third, an automatic blink (problem reporting) system has been developed to secure Loran-C’s integrity. The system assures that an out-of-tolerance signal will be detected within six seconds and reported to users within 10 seconds.

Finally, continuity can be maintained by "all-in-view" receivers. In trials, such a receiver captured signals from up to 40 ground stations, according to Linn Roth, president, Locus Inc. Should a station be shut down, continuity would remain.

"What we want to see is if Loran can furnish, not a primary or sole means, but an alternative means for providing WAAS [Wide Area Augmentation System] corrections," says Narins of the FAA/USCG research. It would appear that it can.

In May in the northeast United States, testing showed that, with an all-in-view receiver and H-field antenna, an Ohio University King Air could successfully transmit and receive prerecorded WAAS messages at the required 250 bits/sec. Subsequent testing in Alaska compared the Loran signal with the very precise GPS signal. "They matched," says Narins. This indicates Loran could provide WAAS corrections.

Current research activity involves the development of a hybrid GPS/Loran-C receiver architecture. "We’re looking at both the benefits and the cost of putting together a GPS/Loran receiver," says Narins.

"We could combine Loran and GPS in a number of ways," adds Roth. "You can have independent, redundant systems or a fully integrated system."

What are Loran-C’s drawbacks? For one, it is not global, existing only in the Northern Hemisphere. But Roth believes that "if the U.S. sets a precedent with Loran, other countries will follow." The commercial transport community clearly prefers DME/DME to Loran-C. However, Narins says airlines could find Loran beneficial to initialize inertial nav systems and provide receiver autonomous integrity monitoring (RAIM) on oceanic routes with adequate coverage.

Some contend that Loran-C can jam itself when signals from two Loran chains interfere with each other. "That’s a red herring," says Robert Lilly, vice president-operations, Illgen Simulation Technologies. "Loran works almost identically to GPS. Modern digital processing can sort the codes [signals] out."

Loran-C’s similarity to GPS is perhaps the navaid’s main allure. Like GPS, it has application far beyond aviation, and it provides precise timing as well as positioning. According to Lilly, Loran-C’s continuance thus becomes an infrastructure issue–having available an alternative system instead of "placing all our eggs in one, GPS basket."

More needs to be done to expand Loran-C acceptance. And Narins reports that the FAA and USCG plan to continue work in 2002, on the hybrid GPS/Loran receiver, on Loran benefits in various modes of transportation, and on ways to make Loran a more cost-effective means of navigation. Globally, Loran-C signal standards must be established, as well. Still, once destined for the radionavigation scrap heap, Loran-C shows renewed promise and could well become the comeback kid of navigation. 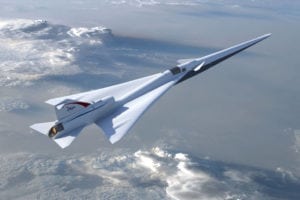