The Market According to Collins

Rockwell Collins is now a public company, independent of its previous owner, Rockwell International. On June 29, 183 million shares of common stock were made available for trade under the New York Stock Exchange (NYSE) symbol "COL." The shares were distributed in a tax-free spin-off to Rockwell International shareholders (NYSE: ROK) on a one-for-one basis. Collins stock traded at $19.84 as of late August.

Collins’ new status prompted President and Chief Executive Officer (CEO) Clayton Jones to travel from his company’s headquarters in Cedar Rapids, Iowa, to present the Collins perspective of the aviation electronics and communications marketplace and the manufacturer’s position in that marketplace. In mid July, he came to Washington, D.C., where he reported an average of 14 percent annual growth for Collins over the past five years and an increase in sales from about $1.5 billion in 1996 to a projected $2.9 billion in 2001.

Jones outlined a three-pronged approach to his company’s growth. The first approach will be to "leverage Collins core franchise." This means further developing its avionics, sensors and human/machine interfaces for both the commercial and military markets. The president and CEO noted a trend toward greater convergence of the civil and military markets, driven by government acquisition reform. "We find we can provide more and more shared services," he said.

The second approach Jones mentioned was for Collins to expand beyond its core franchise. He noted new areas, such as:

Jones said his company is talking to Connexion by Boeing to "see how I2S might fit in" with the airframe manufacturer’s planned communications infrastructure, connecting the cockpit, cabin and ground facilities.

And Collins’ final approach to further growth is through alliances and acquisitions. These would remain in the context of Collins’ core franchise, said Jones, who gave as examples several of the acquisitions the company has made in the past: Kaiser Aerospace & Electronics, Sony Trans Com and Flight Dynamics. He also mentioned alliances Collins has made with Goodrich, Sharp and United Technologies.

Jones said he wants Collins to have a leaner structure, enhanced flexibility and increased capacity. Specifically, the company’s goals are to increase productivity by 35 percent, reduce inventory and cycle time by 50 percent, and decrease the amount of floor space by 25 percent. Collins’ long-term plans, he said, call for maintaining 13 to 15 percent earnings per share through 10 percent revenue growth, 25 percent return on invested capital, and 15 to 17 percent EBIT (earnings before interest and taxes).

Looking at the aerospace electronics marketplace, Jones noted two bright spots–the regional and business aircraft markets–in which he expects to see continued healthy growth until 2003, when aircraft sales will begin to level out but not go flat. Although he foresees passenger and cargo traffic sectors continuing to rise steadily, the air transport industry’s future will be affected by fluctuating operating margins and fuel costs. In the military market, Jones noted that the aircraft in the field are growing older and thus require more upgrades.

Jones sidestepped the question of Collins possibly being acquired by stressing the company’s "critical mass and financial firepower" to grow as an independent entity. Visit www.rockwellcollins.com.

Bombardier Aerospace’s Continental business jet has completed its first four flights, charting a course for certification by world aviation authorities in 2002. At $14.7 million (U.S.), the super midsize corporate jet will cost less than the competition, Bombardier says, and will carry eight passengers up to 3,100 nm. The company plans an aggressive flight test program using five fully equipped aircraft scheduled to fly more than 1,500 hours. Four aircraft are expected to enter the flight test program this year. The ground test program has been active for more than a year, involving 60 ground test articles. When the certification process has been completed, the Continental will meet the latest Transport Canada 525, FAR 25 and European JAR 25 regulations and will comply with reduced vertical separation minima (RVSM) requirements.

Spirent Systems is developing an electronic flight bag. In a quest shared by other manufacturers to make the cockpit paperless, the company designed a display on which pilots can bring up, in digital form, such information as flight operations manuals, nav approach plates, departure plates and check lists. Spirent has developed two sizes of pedestal-mounted flat panel displays: one 8.4 inches (21 cm) diagonal and the other 10.4 inches (26.4 cm) diagonal.

The Wichita, Kan., company is considering the addition of overlays for the display and ways to prevent runway incursions, such as including an airport database plus inputs from the aircraft’s Mode S transponder, according to Executive Vice President Philip Benedict.

However, Spirent’s electronic flight bag remains in prototype stage, and Benedict emphasizes, "our mission is to eliminate the [conventional] flight bag, so we initially want to keep [the display] simple." Spirent plans to have a production item available by the end of this year. Visit www.spirent-systems.com.

Progress in air traffic management (ATM) is inevitable but not necessarily quick in coming. This is the impression drawn from attending the Air Traffic Control Association’s (ATCA’s) July conference in Dublin, Ireland.

Presenters emphasized "evolutionary," not revolutionary, improvement. And, clearly, despite some regional progress, the globalization of ATM is still hampered by issues of national identity. A frontier mentality prevails, for instance, in Europe, where Eurocontrol’s Performance Review Commission has noted the continent’s poor ATM performance, compared with that of the United States. Contributing to this situation is Europe’s fragmented system–47 air navigation services, as against a single integrated one in the U.S., and 58 area control centers vs. the United States’ 21.

Collaboration was another theme at the conference. Bill Peacock, director of air traffic at the Federal Aviation Administration (FAA), gave an example of collaboration between air traffic service (ATS) providers. U.S. controllers, he said, sometimes offload traffic into Canadian airspace. With Nav Canada’s cooperation, they can relieve congestion in some of their northernmost flight information regions (FIRs).

From a pilot’s perspective, Capt. Ted Murphy, president of the International Federation of Airline Pilots Association (IFALPA), looked forward to greater collaboration between pilots and controllers, facilitated by controller-pilot data link communications (CPDLC) and technologies that deliver situational awareness to both parties. This is important, he said, particularly considering the trend to lower vertical and horizontal separations. Even if self-separation were eventually to become part of ATM, Murphy felt that airmen still need ground controllers in the same way that an orchestra needs a conductor.

Mike Harrison, FAA’s director of architecture and systems engineering, injected a welcome note of urgency into the CPDLC debate. He suggested that all the technology needed to convey intent from aircraft to ground is now available. Harrison said he believes that data links’ eclipse of voice communication will come sooner than the self-separation of aircraft. Self-separation will not be implemented fully for at least another 10 years, he commented.

More collaboration between engineers and controllers was advocated by Steve Kalish, president of the Federal Sector Civil Group in the U.S. It would seem "elementary" that engineers listen to controllers, and vice versa, said Kalish. But he noted the surprising number of deficiencies that are engineered into systems because of the failure to communicate.

Jean-Robert Bauchet, head of Eurocontrol’s Central Flow Management Unit, took comfort from the fact that air traffic delays in Europe have not worsened during a period of considerably increased traffic. He thought that this represented an achievement for Eurocontrol’s flow management policies. Delays totaling 65,000 minutes each day (last reporting year) equated to an average of just 3.8 minutes per flight. Bauchet said he believes further improvement in communication and coordination between Europe’s flow management units, allied with new rules for slot allocation, could reduce delays further by up to 30 percent.

Demitry Babychuk, director of UkSATSE, in Ukraine, spoke of Eurocontrol’s help in modernizing his country’s air traffic control (ATC) system, which must manage much of the traffic bound from Europe to Southeast Asia. The modernization effort includes integrating military and civil control.

Capt. Murphy told ATCA conference attendees that the tendency to favor highly engineered technological solutions can cause obvious solutions to be overlooked. For example, when turbulence became an issue in the context of reduced vertical separation minima (RVSM) over the North Atlantic, a non-technical solution was discovered: the aircraft concerned could fly to the left or right of a flight corridor and be displaced laterally.

The ATCA conference demonstrated that a large number of new technologies and procedures to modernize ATC are being developed around the globe, many of which probably will reach fruition in the next 10 to 15 years. What is missing is greater globalization of air traffic management. Perhaps events such as the conference in Dublin will help advance that goal.

FreeFlight Systems, a unit of APS Aerospace Co., has acquired Trimble Navigation Ltd.’s business and commuter aircraft products business, which will be relocated to FreeFlight’s new 26,000-square foot (2,415-square meter) facility in Waco, Texas. (The company formerly was located in Austin, Texas.) The product lines include the 2101-series GPS navigation systems, Jetcall-series 2 and 5 Selcal decoders, and TRA 3000 and 3500 radar altimeters.

Boeing will produce an additional 131 Joint Helmet-Mounted Cueing Systems (JHMCS) for the U.S. Navy and Air Force, as well as the Greek Hellenic Air Force, under a recent $33.6-million contract.

The Greek Air Force will receive 55 systems for its F-16s, the U.S. Navy will get 39 for its F/A-18E/F Super Hornets, and the U.S. Air Force will get 28 for F-16s and nine for F-15s. Deliveries are expected to begin by June 2002. Contract options allow for up to 10 additional Greek systems and six Royal Australian Air Force systems, plus a spare F-15 system. Boeing expects U.S. forces eventually to order about 1,500 units. This is the second Joint Helmet low-rate production contract. Visit www.boeing.com. 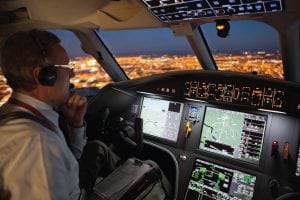 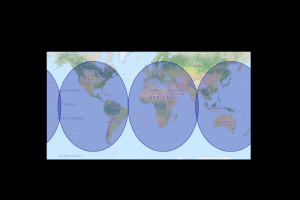