If you think development activity of the automatic dependent surveillance-broadcast (ADS-B) takes place only in the United States, think again. There is, in fact, an ADS-B program being launched on the opposite side of the world, only for a slightly different intent.

Airservices Australia, the corporatized body that formerly was the country’s Department of Civil Aviation, issued a request for cost proposals in April, seeking from industry ground and airborne equipment to support an operational trial of ADS-B technology. The agency wants to assess ADS-B’s benefits as a pseudo-radar system for traffic monitoring and the maintenance of safe separation in areas not under full radar coverage, such as lower altitude airspace.

The trial is scheduled to commence in November, in the Bundaberg/Burnett River Basin region of eastern Australia. It’s reportedly an area where air traffic control (ATC) radar is "shadowed" by the nearby Dividing (mountain) Range.

Installation in some 17 commuter and air-taxi aircraft are planned–from Dash-8, Jetstream, Shorts 360 and Islander types through individual Cessna Caravan, 414, 404, 182 and 172 models. A Raytheon/Beechcraft B200, operated by Australia’s renowned Flying Doctor Service, will also be ADS-B equipped.

Airservices Australia will install a dedicated ground station on a hilltop site near the town of Bundaberg. The station will receive ADS-B transmissions from participating aircraft and then retransmit them, via separate satellite and land-line links (for redundancy), to the Brisbane Air Traffic Center several hundred miles away. There, they will be experimentally included in the overall air traffic monitoring network.

A key Airservices Australia requirement here is that the ground stations must be able to track participating aircraft out to a range of more than 120 nautical miles. Bidders were also requested to provide details of methods by which the ground stations’ maximum range for tracking air traffic up to FL410 could be extended, limited only by terrain or the Earth’s curvature.

Besides emphasizing Airservices Australia’s primary interest in ADS-B as a traffic management tool, this extended-range requirement underlines both the country’s vast size and its very large, relatively uninhabited, interior. Called "the Outback" by Australians, the vast, thinly populated region is where aviation communications are normally passed through unmanned, solar powered, VHF repeater stations, satellite linked to distant ATC centers. In this severe-environment application, the ground stations would be required to have mean time between failure (MTBF) performance of 50,000 hours, or roughly 5.7 years.

The Australians, therefore, appear clearly more interested in the advantages of ADS-B as an air traffic surveillance and monitoring system, rather than in its ability to directly benefit pilots, as is the case in the U.S. Federal Aviation Administration’s (FAA’s) current Capstone ADS-B project in Alaska. In the same way, while FAA and the Capstone participants regard the ADS-B’s cockpit display of traffic information (CDTI) as a vital part of the aircraft installation–with its moving map display, proximate traffic indications, and hazardous terrain alerting, plus uplinked weather, NOTAMS, ATC clearances and other data–Airservices Australia only wants to show the CDTI as a possible contract option. It may, therefore, be fitted to a limited number of trial aircraft.

Interestingly, and perhaps wisely, Airservices Australia did not specify a required data link format, e.g, VHF digital link (VDL) 4 or Mode S or the U.S. developed Universal Access Transponder (UAT). (The FAA’s Capstone project uses UAT, since none of the formats have been adopted by the International Civil Aviation Organization [ICAO] as the future international ADS-B standard.) For the trials in Australia, the choice of data link format will be left to the winning bidder. Airservices Australia’s only concern is that, eventually, there could be a world requirement for more than one acceptable format.

However, the Airservices Australia’s bid request did include an optional requirement that illustrates the organization’s forward "out of the box" thinking in maximizing the benefits of new technology. And, if carried through, this requirement could set an interesting precedent for other national ATC organizations. The requirement calls upon bidders to provide budgetary planning estimates for the supply to Airservices Australia of approximately 10,000 low-cost ADS-B avionics packages for distribution to the country’s general aviation population. That, of course, would be subject to satisfactory results from the upcoming trial. This bold, but extraordinarily practical, move would ensure that all aircraft would be clearly identified to traffic controllers at all times. It could lead to making the carriage of an operating ADS-B unit as essential for the admission ticket to fly in Australian airspace as, say, a certificate of airworthiness.

Such a requirement would face significant challenges, however, it also should lower the per-unit price. And that would complement the efforts of ATC providers and planners who want to design a system in which the cost of the technology required to enter tomorrow’s airspace does not expel a large segment of the user community. Within sensible limits, the philosophy goes, a nation’s airspace generally must be accessible to all.

Consequently, Airservices Australia’s aim is for low-cost units, so general aviation can maximize the use of ADS-B. These quite-basic units would simply transmit the aircraft’s position and altitude, to "make GA aircraft visible to both other aircraft and to [ADS-B] ground stations."

The agency envisions a device that would have very few of the ADS-B features, such as the CDTI (provided in FAA’s no-charge package to the 250 Alaska Capstone participants), which has an approximate uninstalled value of $12,000. There would be no displays to show area traffic and no ADS-B processor to feed data to a display. Airservices Australia describes its conceptual device as having no cockpit display or controls, other than an "Off" switch, and it would carry just the airplane ID and other data, which may be "embedded" in the aircraft structure. The low-cost ADS-B unit would be the electronic equivalent of a flashing strobe light, designed just to emit once per second "I am here" messages over the ADS-B data link channel.

Initially, as well, no requirement would exist for the ground stations to transmit flight and weather information back up to aircraft in the vicinity, as is provided in Capstone–although this may be added later.

Despite the rather restrained capabilities of the ADS-B equipment requested, the avionics industry holds a high level of interest in the Airservices Australia program, particularly in the potential opportunity to develop and build 10,000 general aviation ADS-B devices, however basic. This is because such a single-contract production quantity, which would be virtually unprecedented in general aviation avionics, lends itself to the large-scale application of next-generation electronic devices, which in turn could result in startlingly low unit prices. As well, such devices would allow provision for ADS-B features, such as the CDTI, to be added later as owner options. And, of course, the winner of such a contract would gain a very powerful market advantage over its competitors. 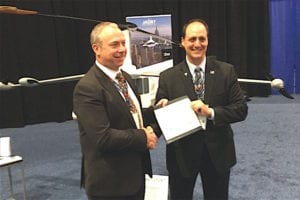 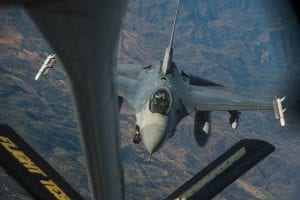