The Mil Mi-8 and its twin in appearance, the Mi-17, exist in numbers far greater than any other helicopter model–save, possibly, the ubiquitous UH-1 "Huey." The Russians built thousands of these twin-engine multi-role rotorcraft since the early 1960s. And the aircraft has been exported to more than 40 countries.

The Mi-8 and -17 are rugged and built to last, but their technology is dated. Eyeing a lucrative opportunity, Israel Aircraft Industries Ltd. (IAI) decided to develop a modular Tactical Upgrade Package for the Mi-8/17 assault variant. The goal was to give the 26,000-pound (11,800-kg) helicopter night-mission capability, expanding its mission envelope and enhancing its survivability.

IAI’s Lahav Division outfitted a demonstrator aircraft it purchased from an East European country. Its development took only "several months," according to an AIA official, "because we’re re-using combat-proven subsystems and operational procedures."

AIA/Lahav named the upgraded variant the "Peak-17" and in early February displayed it at the Aero-India Airshow in Bangalore. IAI/Lahav plans to work cooperatively with India’s Hindustan Aeronautics Ltd. (HAL) to "customize the package in accordance with the Indian Air Force’s specific requirements," according to an IAI release.

India’s requirements were not responsible for initiating the upgrade project, however. "The Peak-17 program was launched because of the market requirement," says an AIA official. "There are Mi-17s in the thousands in many countries, which need to be upgraded to fit them to the modern battlefield. We have other potential customers."

Customization is achieved through the Peak-17’s modular avionics design, with "glass" cockpit. The package utilizes subsystems from two Russian attack helicopters, the Mi-35 (which the Indian military also operates) and Kamov Ka-50-2, to achieve a common architecture for both assault and attack helicopters. Specifically, according to the AIA official, the targeting system and armament interfaces were taken from Mi-35, and the core avionics and electronic warfare (EW) suite came from the Ka-50-2.

The four "smart" 6-by-8-inch, color liquid crystal displays (LCDs) can present to Peak-17 crewmen a digital mission map. Crewmen can update mission data on the map while flying, using the "soft keys" on the display’s perimeter.

The LCDs can serve as primary flight displays, with navigation/orientation and situational awareness presentations. They also can show images from an electro-optical sensor, as well as munitions status and target reference. The Peak-17’s communications equipment will be according to customer specifications. The aircraft is fitted with a helmet-mounted display (HMD), to present flight and targeting information.

The heart of the Peak-17’s avionics package is a mission/display processor, which manages the avionics suite and digital mission map, performs mission computations and stores management, and drives the cockpit displays.

AIA mustered the capabilities of as many of its divisions as possible for the Peak-17 program. For example: 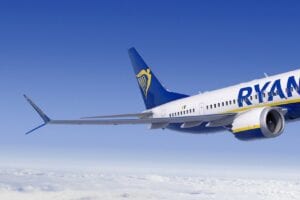