Trapped in an aluminum tube at 33,000 feet with wires leading to the high-load circuit breakers cracked, arced, shorted or fused–an unpleasant scenario.

Capt. Paul McCarthy, executive air safety chairman for the Airline Pilots Association (ALPA), reported to the U.S. Congress in 1999 that an arcing, or "ticking," electrical fault can create a short-duration, high-temperature event that concentrates considerable energy in small areas. Arcing faults can be a lit fuse, burning along the length of the wire.

The Result of Stress

Wire fire is different from the hard shorts that typical circuit breakers protect against. Wire fire happens when the wire harness is somehow stressed to the point that arcing occurs between individual wires or between the wire harness and the aircraft structure. The stress can be caused by aluminum shavings from the manufacturing process or by an equipment installation vibrating over time and wearing through the wire insulation. In some cases, the type of insulation exacerbates the stress. Some insulation resists cracking and stretching, and some doesn’t.

The U.S. Navy has been aware of ticking faults for almost two decades. They empowered a team to investigate the causes and solutions to the problem. The most draconian solution suggested was to ground the entire fleet of aircraft and pull suspect wire. This would result in the complete rewiring of most Navy aircraft. But that would prove to be too costly and too detrimental to combat readiness.

The U.S. Federal Aviation Administration (FAA) and aviation industry are hot on the trail of a new kind of circuit breaker, one that will react faster to the presence of arcing, and shutdown the electrical load before a fire can result. These circuit breakers are known as arc fault circuit breakers (AFCBs). As soon as they are certified, electrical system engineers will incorporate AFCBs in new aircraft design.

Aircraft electrical systems are already protected from faults by circuit breakers and fuses. Unfortunately, however, both devices rely upon the wiring getting hot enough to "trip" the breaker or "blow" the fuse. Circuit breakers and fuses do an adequate job of protecting against things like a jammed fuel pump or worn out electrical hydraulic pump.

The electrical system of the aircraft is split into numerous buses that can be procedurally or automatically separated from one another. That way, a single malfunction does not result in wiping out the entire on-board electronics. In cases of malfunction, modern jets even automatically download the remaining operable electrical buses of non-essential items like galley power and reciprocating fans so that the remaining electrical loads operate well below the maximum rated output of the generating system. But, until recently, nothing had been done about potential wire fire in commercial or corporate jets.

Wire fire is caused by arcing that usually is of very short duration, produces a very hot localized fuse point, yet does not last long enough for the circuit breakers or fuses to heat up sufficiently to operate as they were designed. Arcing can generate temperatures as high as 6,000ï¿½ C. The circuit is not interrupted until after serious damage has already occurred. High-voltage, high-amperage shorts can occur and create electrical fires.

Jim Shaw, vice chairman of the Aging Transport System Rule Making Advisory Committee, is a type rated B767 first officer and the project manager for the ALPA In-flight Fire Project Team. He states, "Aging wire results in wire stress. But aging is caused by more than just years since manufacture.

"Aging can be caused by vibration, mishandling and basically any action that affects the wire after it leaves the plant. Mechanics have reported installation techniques that include sticking a screwdriver through a bundle and using it as a lever to stretch the bundle to a tie-down."

"We did a visual inspection of the wiring systems of several aircraft using basically the non-intrusive, flashlight-and-mirror inspection," he continues. "We then did an intrusive inspection [and] found approximately three insulation breaks per thousand feet of wire.

"This is significant. To put this in perspective, there are 200 miles [322 km] of wire on the MD-11 aircraft," Shaw concludes. "Not all of the breaks that we found are capable of starting a fire. However, the comparison between a visual inspection and an intrusive inspection reveals that many potential faults go undetected. Something must be done about the inspection procedures."

Visual inspections of aircraft wiring are limited. Panels can be removed and crawl spaces entered, but even the best of visual inspections can only reach some of the wire. Much of it remains inaccessible.

Once arc fault circuit breakers are certified, many corporate operators will want to retrofit them into their aircraft. Airlines are a different matter. Although they historically experience approximately one unscheduled landing per day due to electrical anomalies, it is questionable whether they will decide to retrofit AFCBs without federal pressure.

If the FAA decides to mandate this installation, then one can expect the retirement of many older aircraft at the end of their life cycle. It just would not be economically feasible to retrofit them.

All this talk of wire fire aside, there are new products, new types of insulation, which will make the wiring in aircraft more resistant to stress. The manufacturers listed on this page provide wiring and cable, as well as harnesses and AFCBs, all to make sure each flight represents a pleasant, uneventful "scenario." 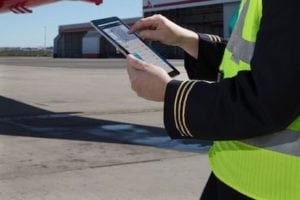 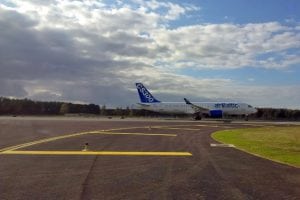