While most focus in avionics is on new equipment, an enormous industry exists that is geared towards the repair, restoration and resale of used equipment. Original manufacturers often lose interest in systems after a few years, but the avionics equipment and the planes they support live on much longer.

Mechanical and electromechanical items such as generators, alternators, turn-and-bank indicators, engine instruments, voltage regulators, brakes, hydraulic servos and pumps have always had a large secondary support structure for periodic instrument and accessory overhaul. However, the avionics portion of the overhaul industry is sometimes far less obvious.

The avionics overhaul industry is quite different than the local FBO avionics shop. It deals with large-scale rebuilding and repair services for many systems that are frequently no longer in production or factory support. Often the overall corporate operation is a complex amalgam of companies that buy and sell new and used equipment, perform service and installation, and salvage equipment. These tasks often occur through different operating divisions but then share resources internally for mutual benefit. Often only larger dedicated operations can economically support the huge fixture, training, and test equipment costs associated with the repair and overhaul of different complex systems in low volume.

Trade-ins and exchanges from new equipment sales and retrofits help populate the used-item inventory stream, basically stocking the shelves with core units to overhaul. Sometimes an entire aircraft will be turned into spares, creating a broad support pool for other, related aircraft.

Many manufacturers have vanished into the corporate limbo of mergers and acquisitions. The result: customers lose their product support–which certainly is true for makers like Wilcox, Bonzer and RCA, as well as for early products from Sperry, Bendix, King and Wulfsberg, among many others. For aircraft owners, keeping systems working in an economic environment that is mainly concerned with, and structured for, new equipment sales, and not service, is an operational nightmare.

Manufacturers would do well to remember that the sale lasts only for an instant, but support is a long-term commitment and a necessity for the operator. Few aircraft operators enjoy seeing manufacturers ignore or marginalize their very expensive avionics investment only a few years after the purchase. Yet such a situation often occurs.

This operational problem’s severity can be made much worse if the actual unit population is low. Helicopter autopilots are a classic example.

Operators have some responsibility in this structural problem by being too frugal to purchase adequate spares when they became available. Unfortunately, these problems are all too often visited by an aircraft’s second or third owner, long after the situation could have been corrected.

Several companies have developed huge inventories of loaners, spares and support facilities to address this problem, and have sophisticated infrastructure to quickly provide and refurbish these systems. Major players in this arena include pioneers like Duncan Aviation and The Memphis Group, plus more recent players like Matrix Aviation and Avgroup. Other organizations specializing in support of systems and airframe test equipment include ASI and Cal Labs, and non-U.S. companies like DAC International and Eastern Avionics International.

The Aircraft Electronics Association (AEA) also provides an electronic equipment exchange program for member avionics shops, to help them quickly locate a spare or replacement box within the organization. Interestingly, many local avionics support facilities often use these services to do box repair or provide spares, as staffing, approvals issues, and capital equipment support costs make local repairs less attractive each year. You can find many of these groups on the Web (see box).

All of these suppliers are qualified and equipped to service, test and certify these systems. Potential buyers need to be aware of who the qualified players are, and who is just brokering a scrapped or surplus box of unknown functionality. The reputable players are also aware of the complex issues in supporting older systems and have facilities for thorough visual inspections, environmental tests, and spares inventory depth to purge out problematic parts. A huge range exists of quality and support in used or overhauled systems; amazing bargains should be treated as suspect. And the shortage of some items–drawing high street value–recently has created a market for stolen avionics.

Military systems are a particular problem for long-term support. They may have many unique and specialized parts created just for a particular system, and both the parts vendor and the expertise to make the parts may have disappeared long ago. This came back to haunt everyone recently when the U.S. maker of liquid crystal displays vanished, leaving numerous military avionics programs in an uncomfortable limbo, without parts. In addition, operators seeking many JAN, JAN-TX and Mil-qualified semiconductor parts no longer exist from any supplier, and designs using germanium transistors, cathode ray tubes (CRTs), vacuum tubes, klystrons, or obsolete logic families like RTL, DTL, SUHL or SUHL II also are largely out of luck, unless they discover some old inventory.

A surprising number of both civil and military systems suffer from a lack of spares support due to parts obsolescence, magnified in the military market by specially qualified parts and packaging. Military systems also have suffered from corporate amalgamation and mergers, which bring fewer support staff. Sometimes, when the only qualified staff members remaining on a system retire or are separated during a merger upheaval, valuable expertise is lost forever.

It was recently observed that if NASA were required to re-establish the original space program, even to achieve a single moon landing, it would be impossible, as all the manufacturing and design expertise has disappeared. If true, that’s a disturbing thought.

The issue of "bogus parts" also has been a problem. When "real" spares from the equipment manufacturer can not be obtained, this leaves replacement parts–including the exact outside vendor parts the original manufacturer used, or alternates that would work perfectly–in an ambiguous legal status with regard to FAA or other regulatory approval. This issue remains unresolved and is certain to escalate in significance. The bogus parts problem affects a large range of electronic components and could potentially ground many systems if left unresolved and strictly enforced. And this could significantly deter aircraft safety, rather than improve it.

Air transport systems and high-end corporate equipment remain in service for a long time, often surviving two or more aircraft operators. Sometimes the aircraft are moved overseas or to lower tier operators. The high utility of the aircraft and significant new replacement cost drives the spares support situation. Helicopters are in high demand and literally flown until the parts supply runs out. Also, helicopter systems have many specialized equipment issues to wrestle with, as well as small unit populations.

Despite the large military budgets in the past, military and government aircraft systems often have unexpectedly long service lives. Canada is a good example with 30-plus year-old Sea Kings still serving as search-and-rescue aircraft, despite several abortive attempts to replace them due to significant operational readiness problems.

Thanks to very high design and materials standards, many systems and airframes still work, sometimes long past their intended lifespan. But the efforts of many support facilities must be credited, too. The support and overhaul industry for avionics is as important as the equipment manufacturers. It makes continued flight possible.

Walter Shawlee 2 welcomes reader comments and can be reached by e-mail at walter2@sphere.bc.ca.

CAA Looks to Cut Airspace Infringements in Hotspots Across UK 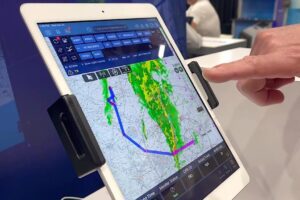 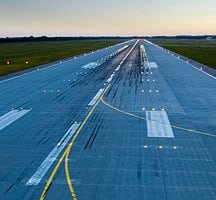