The Rafale fighter aircraft is like a "quick change artist." It’s versatile–made for both ground-based and carrier-based operations–and was designed for quick operation.

How quick? Refueling the Rafale can be completed in four to seven minutes, depending on type, and the time between missions can be as brief as 15 minutes. Even an engine change takes just 60 minutes. Status checking of the flight controls and weapons system is automatic, and easy access to the stores stations, gun and missile launchers allows fast re-arming. The Rafale is, indeed, resourceful.

It is also the result of the French propensity to be independent. France was part of the multination Eurofighter program, but it pulled out in 1985 over fears that the Typhoon (as it is now called) would not match its defensive needs. Plus, French industry wanted to remain independent.

Despite defense cuts worldwide and a crowded fighter aircraft marketplace (including Sweden’s Gripen and versions of Lockheed Martin’s F-16), Rafale developer Dassault Aviation sees a strong demand for its new twin-engine warrior. Many a military currently operate variants of the Dassault Mirage–following the marque’s purchase by France’s Armee de l’Air (Air Force)–and among those services, the French manufacturer envisions the Rafale as its likely successor.

But first, Dassault has a domestic obligation to fulfill. Rafale, which means squall, will replace French Air Force Jaguars and French Navy Crusaders and Super Etendards. Michel Abeille, Dassault’s deputy vice president of international relations-defense, tells Avionics Magazine that the present French armed forces commitment is for 294 aircraft. The French Air Force has 24 on firm order, 12 as an option. The total government commitment for the Air Force is 234. Meanwhile, the French Navy has 17 Rafale aircraft on order, eight on option with a total government commitment for the Navy of 60.

"The Rafale is being actively marketed to several countries in the Asia-Pacific region, the Middle East and also Europe, with 60 Rafales proposed to Greece," says Abeille. The naval version, Rafale M (single-seater), is due to enter service next year, and Rafale B and C (two-seater and single-seater, respectively) should enter service with the Air Force in 2003.

Rafale is a multirole aircraft capable of carrying out a wide range of missions, day or night and in bad weather. These include ground and sea attack, air defense and air superiority, reconnaissance and high accuracy strike, and nuclear deterrence/strike.

The aircraft can carry payloads exceeding 9 tons on 14 hardpoints on the Air Force version (13 on the naval version). The missiles that can be fired from the Rafale include MICA, Magic, Sidewinder, ASRAAM and AMRAAM (air-to-air missiles), Apache, AS30L, ALARM, HARM, Maverick and PGM100 (air-to-ground missiles), and the Exocet/AM39, Penguin 3 and Harpoon (anti-ship missiles). Rafale also can bear the Aerospatiale ASMP standoff nuclear missile for strategic missions.

The main weapons are expected to be the Matra BAe Dynamics MICA and Apache/Scalp missiles and the Aerospatiale AS30 laser-guided missile, all of which can be guided by Rafale’s laser designation pods. Rounding out the aircraft’s arsenal is a Giat DEFA 791B cannon, which can fire 2,500 rounds per minute.

Developing an aircraft for both land-based and carrier-based operations is no small challenge. To accommodate the various missions for both the French Air Force and Navy, Dassault needed to create a versatile electronics suite for the Rafale. Not surprisingly, the aircraft bears some 1,760 pounds (800 kg) of advanced avionics, which include electronic warfare systems, radar and optronic sensors.

Thomson-CSF and its Detexis subsidiary (formerly Dassault Electronique) supply the RBE2 radar (Radar a Bayalage Electronique deux plans), which has a look-down/shoot-down capability. The radar can track up to eight targets simultaneously and provides threat identification and prioritization. RBE2 is said to be the first, production phased-array radar for fighter aircraft. Its versatility allows several of its modes to be used at once: air-to-air, air-to-ground, combat, cartography and obstacle avoidance. Two-axis electronic scanning also gives the radar multitarget capability; for example, several targets can be designated for the MICA air-to-air missiles.

In the Rafale’s nose are the Thomson-CSF optronic sensors. The OSF (Optronic Secteur Frontal) is an infrared search-and-track system, accompanied by a DAL laser warning receiver. The OSF performs search, target identification, telemetry, television and infrared imagery, and automatic target discrimination and tracking.

The Rafale’s stick and throttle employ the HOTAS (hands on throttle and stick) concept; an array of switches bedeck the controls, on which the pilot can maintain a grip. The pilot can also have a helmet-mounted sight and display, such as Sextant’s Topsight (see Avionics Magazine June 2000), which is offered to the export market. A charged coupled device (CCD) camera and recorder preserve the image presented in the head-up display (HUD) throughout the flight for later mission analysis.

The Thomson-CSF SB25A is said to be the first combined interrogator/transponder to use electronic scanning technology.

The Rafale’s digital fly-by-wire control system provides three-axis stabilization because the Rafale was designed to be unstable, to give it high maneuverability. The stabilization system can perform coordinated turns, attitude hold, approaches with drag and thrust ratio control, and catapult launches from aircraft carriers. It also provides very low level flight control and coupled flight and fire control. The fire control system operates in parallel on three digital channels, with a single, analogue channel serving as backup.

Sextant has an in-house source of LCD modules, through Thomson LCD, a wholly-owned subsidiary. Sextant’s general dialogue unit backs up the piloting display and engine and fuel indicators on Rafale.

In addition, Sextant is working on a voice recognition and control system, intended for future versions of Rafale.

Finally, Sextant supplies a data concentrator; it provides the interface with the avionics general system dialogue unit and sensors, which monitor pressure, temperature, and other internal parameters.

With 20 of its items on the Rafale, Sextant can boast of being a leading supplier of the aircraft’s avionics. Thomson-CSF Detexis and Sagem developed two Rafale mission calculators, called CMRs, which Thomson-CSF says it replaced with EMTI data processing equipment. This equipment provides all central functions of the navigation and weapons systems.

The computers employ reduced instruction set computation (RISC) technology and also manage the three 1553-3910, 20-megabit per second buses, the main components of which also were developed by Dassault Electronique. In addition, the company developed the Rafale’s operational software, comprising more than one million lines of Ada code.

Born in 1900, Marcel Bloch, a French Jew, established a company that built several light bomber designs in the 1930s and early 1940s. Refusing to collaborate with the Germans during the Nazi occupation of France, Bloch was sent to Buchenwald concentration camp.

During World War II, the French Resistance, in which Bloch’s brother was a member, did much to hinder the Nazis in France; it was during this time that Bloch’s brother adopted the cover name "d’Assault." In 1946, following Bloch’s release from the camp, "Dassault" was taken as both the company and family name.

Mission Planning for the Rafale

Sagem SA, based in Nanterre, near Paris, won the French Delegation Generale pour l’Armement (DGA) competition to develop and produce a squadron-level mission planning and post-flight analysis system for the Rafale, known as the SLPRM. This multi-aircraft and multimission system will progressively replace all existing mission planning systems in the French military.

Rafale’s dual role, in the French Air Force and in the Navy, led the two services to jointly define a common requirement for the mission planning system. This is not a new approach; Sagem implemented the PALOMA system 10 years ago for planning the missions of the Mirage 2000N and Super Etendard aircraft, both equipped with the ASMP stand-off nuclear missile.

The SLPRM will support both air and carrier-based versions of Rafale, plus all existing aircraft of the French Air Force: the Mirage 2000, Mirage F1, C-160, C-130, as well as the upgraded Super Etendard and later, the Hawkeye. The SLPRM integrates a post-flight analysis function. It will update databases with intelligence data recorded during the missions, especially about enemy air defense. 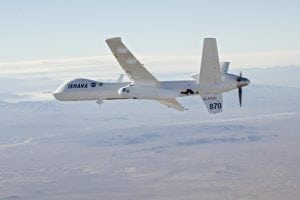