By now, I believe we have heard enough about the threat of personal electronic devices (PEDs) in commercial aircraft to know that we have a potential safety problem needing urgent attention.

Our Avionics System Design columnist, Walter Shawlee 2, has written in several of his columns that PED emissions can interfere with an aircraft’s electronics. In his February 2000 column (page 40) he claims to have received more e-mails on the issues associated with PEDs than on any other topic. And Walter receives a lot of mail in response to his columns.

Now the UK Civil Aviation Authority (CAA) recently reported of the potential hazards of one commonly used PED, the mobile phone. The authority had tests performed by EMV Ltd., which utilized a British Airways Boeing 737-236 and a Virgin Atlantic Airways B747-243B at London Gatwick Airport last February for its evaluation.

The tests for the CAA also revealed that mobile phones used near an aircraft’s flight deck or avionics equipment bay will produce interference that exceeds the certification levels for some equipment qualified to standards published prior to July 1984. Therefore, since electrical equipment qualified to these standards is fitted in newly built aircraft, the current restriction on mobile phone use in air transport cabins must remain in force, a report of the test results emphasizes.

More should be done, however. Small comfort exists in the fact that the cause of an aircraft accident has yet to be fully attributed to PED interference. But rather than react after such a cause is proven, industry would appear wiser by taking a proactive stance–and doing so soon.

In his February column, Walter suggested, quite appropriately, that a global, technical standard order (TSO) for PEDs be established. It would require that any device carried on-board a commercial aircraft be certified for low-emission aircraft operation. This would pressure the lucrative PED industry to develop products–portable CD players, two-way pagers, portable electronic games, and laptops with wireless Internet connections, as well as mobile phones–that better protect against errant RF emissions.

In the meantime, airlines can muster the fortitude to deny the use of certain PEDs in their aircraft. The CAA recommends the blanket prohibition on mobile phone use while the aircraft engines are running.

True, in this highly competitive environment and without uniform, universal restriction of PED use, it may be difficult for airlines to "just say no" to passengers. One airline official admitted to me that the airlines "are soft" when it comes to restricting PED use in aircraft.

But he also cited a study claiming that, contrary to common conjecture, business travelers do not feel an overwhelming need to continue their work on laptop computers while traveling by air. Rather, he says the study determined, most business men and women would rather relax and just be left alone during flight. It would appear then that the general public is not totally "hooked" on their PEDs–yet. So denying the use of these devices for the sake of air safety should be fairly well received by passengers. (Certainly as well received as, say, denying smokers permission to light up cigarettes.)

Naturally, more study of the PED problem also should be conducted. The UK CAA says its recent study represented only phase one in its effort to determine the impact of PEDs on air safety. The agency next plans to continue evaluations by exposing increasing power levels of simulated mobile phone transmissions until aircraft equipment "ceases to perform its intended function."

In other words, more definitely will be heard on the PED issue. Still, it seems apparent that we’ve heard enough to take further action now. 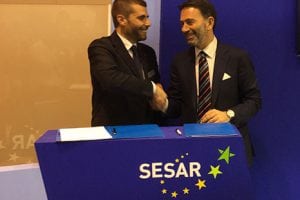 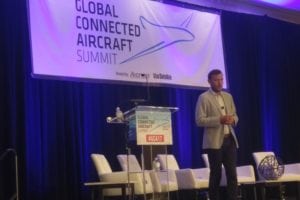