If you don’t use it, you lose it. That’s the aphorism mouthed by the spectrum-hungry mobile satellite service (MSS) industry, which is growing faster than you can speed dial your mobile phone.

This month, MSS, Internet interests, the defense and aerospace industries, and others will converge at Istanbul, Turkey, to battle for shares of a limited commodity: radio frequency spectrum. The battle will be at the World Radiocommunication Conference (WRC) of the International Telecommunications Union (ITU). Thousands of industry and government representatives from nations around the world will gather at WRC-2000 to iron out spectrum issues. Every two to three years, they exercise their authority to reallocate frequencies among users.

Each country has only one vote at the WRC. Guinea Bissau’s vote holds as much weight as does those cast by the United States and France. As in many other United Nations agencies, this ITU policy foments immense controversy, especially among the developed countries, which foot the bill for telecommunications technology. The single-vote policy forces countries to protect their interests in spectrum allocation by banding with others to form multinational voting coalitions.

Decisions made at WRC-2000 may well have significant, if not dire, consequences to the future of both satellite navigation and satellite communication. In the satnav arena, WRC Agenda Item 1.9, Resolution 220, threatens to place a high-powered two-way MSS signal on, or near, the relatively weak, one-way Global Positioning System signal (GPS L1), used by civil aviation. The "exclusive primary allocation" of the "safety spectrum" for radio navigation, therefore, would be changed to "share co-primary status" (on a 50-50 basis), potentially compromising GPS’s viability for aviation.

"The aviation industry needs to band together to suppress Resolution 220 and to ensure that critical, safety-of-life navigation signals are protected," according to James Miller, senior staff specialist-Air Traffic & Flight Systems at United Airlines. "We can no longer afford to look the other way."

Both radio navigation and communication for aviation are unique technologies, but for safety-in-flight service, they cannot share operationally the same frequency band with interference-prone telecom systems. Without exclusive primary allocation, satnav and satcom radios would bear very expensive certification and operational penalties from civil aviation authorities (CAAs). "We could lose forever our strategic investments in satellite services," states Miller.

At equal, if not greater, risk than satnav is the loss of satcom frequencies. Such a regression would knock the very foundation out from under the Future Air Navigation System (FANS) initially and, ultimately, the quest for greater air traffic flow efficiency through Free Flight. This has been a long, ongoing battle since 1963, when 30 MHz (in each direction) was allocated to aviation. Over the years, industry has suffered three losses and is now allotted just 10 MHz.

Commercial MSS interests now argue that the aviation industry uses only 3 MHz for satcom. And some in the MSS community will claim aviation needs even less bandwidth: 500 KHz or channels of 100 KHz. In fact, considering plans for FANS and communication, navigation, surveillance/air traffic management (CNS/ATM), the civil aviation community will need up to 18 MHz of spectrum for satcom.

Specifically, at Instanbul, interests opposing civil aviation will try to remove a footnote from Resolution 218. It maintains aviation’s priority and preemptive access to the satcom band, which is 1.5/1.6 (43 MHz in each direction). Attempts will no doubt be made to either reduce aviation’s allocation or make the entire band generic and accessible to all interests.

Aviation’s dilemma, in large part, is that its technological progress and growth must advance in a slower, more measured pace than, say, the MSS industry, which is rarely bothered by such matters as safety and government certification. As a result, aviation must argue for its long-term future plans. But it is an argument impervious to the use-it-or-lose-it folks in MSS and other industries. This dilemma is compounded by the fact that civil aviation is not a dominant industry in the ITU process–despite its immeasurable contribution to global development.

The WRC is a highly politicized event, which means the gloves are off when it comes to negotiations for spectrum. The wording to describe these negotiations would make the WRC appear comparable to the WWF (World Wrestling Federation). Spectrum-hungry interests are said to hunt for "victim services." Not taking a vigilant role in the WRC could result in an industry becoming a "spectrum victim."

Civil aviation faces a crucial, uphill battle, which will not end in Instanbul. The struggle will continue in WRCs to come. For WRC-2000, airlines are making pleas to their respective governments, which will be lobbied by other interests, as well.

At stake is civil aviation’s future growth, and more importantly, the safety of the traveling public. For these reasons and more, the civil aviation industry must make sure it does not become a spectrum victim.

For more information on the World Radiocommunication Conference, see www.iata.org/itu and www.itu.org. 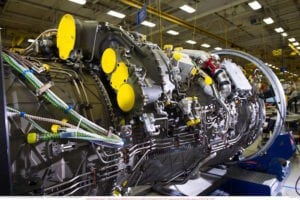 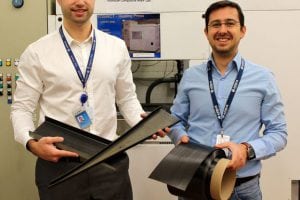 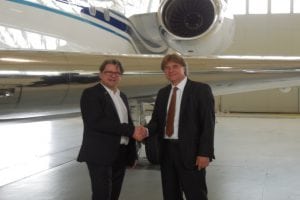