"As we began looking at requirements for air transport systems in the 21st century, one thing was clear: the requirement for increased data rates to handle more information for an increasing number of airplanes to operate safely in a fixed volume of airspace," says Vern Jackson, former director of new Boeing programs for Rockwell Collins, now retired.

The need for increased bandwidth with more speed to handle future growth requirements of automatic dependent surveillance-broadcast (ADS-B) and Future Air Navigation System (FANS) warranted a move to a full-duplex switched (FDX) Ethernet technology, he adds. FDX communication is not limited by the point-to-point connections of traditional digital avionics buses, and unlike first-generation Ethernet, it does not suffer from data collisions or random transmissions. ASN uses Ethernet protocols and "being beyond ARINC 629 level," provides enough throughput capacity for growth, Jackson says.

"Aviation has used its own data standards for 20 years. The ARINC 429 broadcast bus has served well and continues to do so," Jackson says. "Then, with the advent of the 777 five years ago, we have a multiplex bus defined as ARINC 629, providing 2 megabits per second speed. All the 777 basic systems data–fly-by-wire, automatic flight controls, airplane information systems–are moved about on 629.

As Boeing introduces its Ethernet-equipped 767-400, archrival Airbus also has announced it will use Ethernet technology as the data transmission standard of the future. An Airbus Industrie partner team is defining the avionics Ethernet standard that will become the backbone of A3XX avionics and communications, Airbus says. The network will provide high-speed, multidirectional communications, and an increased number of subscribers and collision-free transmissions. It also will allow all communications and avionics systems to be integrated, Airbus officials say.

Pioneering the use of Ethernet, Boeing has upgraded its 767-400 cockpit to handle future technology growth, while at the same time preserving commonality with earlier (-200/300) model 767s.

"Growth capability was a big thing, since the aircraft is expected to be in service more than 25 years. Although the 767 was state-of-the-art when it was introduced more than 20 years ago, the computer technology explosion has left it in the dust," says Mike Messick, Boeing’s 767-400 flightdeck upgrade IPT (integrated product team) lead engineer. "Growth capability is needed to cope with the new communications, navigation, surveillance/air traffic management (CNS/ATM) structure and the advent of Free Flight."

Overall, Boeing tries to create a common look and feel in all its cockpits. Airbus does the same. Common controls, displays, functions, and procedures reduce flight crew training requirements for transitioning between airplanes and simplify fleet maintenance. The -400 flight deck looks similar to that on the 737NG (Next Generation), 747-400 and 777.

"Our design goals were bounded by two factors: We wanted an advanced cockpit as much like the 777 (Boeing’s first glass cockpit aircraft) as possible, but we also must maintain a same or common type rating with the 767s and 757s," Messick says.

Boeing worked closely with operators to achieve this in the 767-400ER flight deck upgrade. The commonality offers 767/757 operators such benefits as reduced simulator and transition training, and common maintenance practices.

"From the glareshield [which is new] up, we tried to leave the airplane alone," Messick says. "Most of the system controls are on the overhead."

During flight test prior to certification, Boeing planned to bring in 767 pilots from the FAA and from the airlines, who are not currently familiar with the 767-400 to fly the engineering cab simulator. "They will fly a line type flight, with no special training" Messick says. "There is enough similarity in systems functions and controls, they can jump in and fly it. Based on our experience with 737 pilots transitioning to the 767-400 cockpit, we are absolutely sure they will pass it."

In developing the 767-400 cockpit, several stand-alone analog gauges were replaced by the large-format displays. "Some 15 individual instruments were removed [compared to the 767-200/300]. We went wall-to-wall glass," says Jackson. "We can put up any format you want, including the old EFIS [electronic flight instrument system] and EICAS [engine indication and crew alert system] formats familiar to 767-200/300 pilots."

The primary flight display (PFD) comes with different altimeter options, one with tape altimetry. The PFD with round-dial altimetry provides the same information, but incorporates a depiction of an analog altimeter and vertical speed indicator. Both current -400ER customers, Delta and Continental, selected the tape display.

The inboard displays are primarily for the navigation display. It has the same format as that used on the B777 and includes traffic collision avoidance system (TCAS) and ground proximity warning system (GPWS). The upper, EICAS display includes gear and flap position indications. It replaces the current suite of analog dials and status lights. The inboard and center lower displays are configured as multifunction displays (MFDs); they allow the flight crew to select any of five display formats for each display unit. Any three maintenance pages can be displayed, providing maintenance personnel with more information and flexibility.

Available displays also include synoptics–cartoon-like pictures conveying a real-time depiction of what a system is doing. Currently, two synoptics are available on the 767-400: flight controls and landing gear. The flight control synoptic presents an overhead view of the airplane and shows each control surface and its deflection. The landing gear synoptic shows nose gear and main gear tire pressure and brake temperature. Growth provisions allow for electrical system and hydraulic system synoptics in the future.

The standby flight instruments are conventional analog instruments. The standby attitude reference is the same as the unit used in the 737 NG, and the standby altitude and airspeed references are the same units used in current production 767s.

Three redundant display-processing computers drive the six displays. Any one of the computers can drive the entire panel. If a key display should be lost, another display rapidly recovers it. Two data concentrator units take in airplane systems data–both analog and digital–and send information to the display processors computers in digital form.

The display technology used in the 767-400 is borrowed from that in the 777. "The glass is almost identical," Messick says. However, the -400’s avionics structure is different than the 777’s, which uses a Honeywell aircraft information management system (AIMS) cabinet. Rockwell Collins’ large-format displays use a completely different architecture, Messick says.

Collins’ Ethernet system for the 767-400 has on-board software loading capability. A single data point load switch in the flight deck or electronics equipment bay allows software to be updated on the airplane rather than requiring the unit to be removed and shipped to a service center.

More systems are compliant with ARINC 615, standardizing the load procedure and allowing airlines to update software on site on individual line replacement units.

"You can load data very quickly," Messick says. "All you need is a data loader and the appropriate diskette."

Growth of the 767-400 avionics system has been ensured by allowing card upgrading capability in the electronic boxes, with power and cooling provisions installed. Interface and throughput capability exists for such future enhancements as electronic checklists, advanced system synoptics, and incorporation of CNS/ATM, updated flight deck communications (such as advanced data link), and advanced airborne communications addressing and reporting system (ACARS) functions.

The ACARS unit is similar to the 767-300’s, Messick says, but it allows for advances downstream. Wiring provisions have been installed for cursor control devices such as on the 777, to perform these advanced functions. He adds that advanced controller-pilot data link communications (CPDLC) is not yet available using the 767-400’s Ethernet system but that the growth potential is there.

"What’s different on the 767-400, is we are dealing with primary flight displays and navigation displays. We have stepped up to the highest level of criticality on the aircraft," says Ben Ampulski, Collins principal systems engineer. "Classic Ethernet was a shared network. In avionics applications of Ethernet, the switch [technology] to implement traffic management is the most essential technical element."

To apply Ethernet to the aviation mission, two factors were vital, says Jackson: It had to be "ruggedized" to withstand vibration and temperature extremes–things not accommodated by standard Ethernet. The other factor is safety. To achieve this safety level, Rockwell Collins’ ASN adds layered security to create partitions that separate safety-critical information from lower priority information. ASN switches prevent the propagation of errors that, if left unchecked, would compromise data integrity and system availability.

"To make changes downstream, even software changes, is fairly costly. What we strive to do with the architecture of the 21st century, is keep it more open, so that someone could offer a specialized maintenance package of software, for example, that could be hosted on the general avionics platform," says Jackson. "We’re trying to increase the openness and drive down the cost of change."

Does Boeing plan similar flight decks on its other airplanes? The original plan was to look at doing the flight deck upgrade on 757 and 767 together. Boeing opted to go ahead with he 767-400, Messick says. "We’re looking at doing the same flight deck on the 767-200/300s. But no decision has been made as to when or whether this will be cut in (to manufacturing). We’re looking at airline interest and requirements."

Although airlines have expressed some interest, a cockpit retrofit on existing 767s would probably be cost prohibitive for most carriers, Messick feels, as it would require many changes to the flight deck’s structure.

Rockwell Collins’ Jackson is very optimistic about the future of Ethernet technology in aviation. "The majority of airplanes in the 21st Century will probably have Ethernet. It will be the data transmission mechanism of the future." 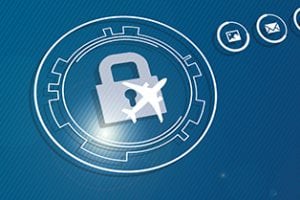 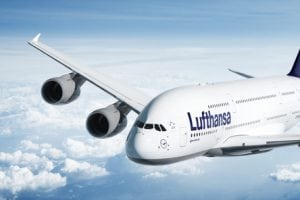 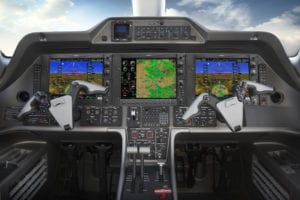