Seventeen years and some 8,000 fielded units later, a larger and more diverse (see sidebar) Universal Avionics introduces at the 1999 NBAA show the latest versions of the UNS-1. These new variants are to be approved by the U.S. Federal Aviation Administration and available this month.

Universal has introduced several generations of the UNS-1 over the years. The -1A variant replaced the monochrome 3-inch (diagonal) screen on the UNS-1 with a 5-inch screen in which a liquid crystal shutter provided limited color in the display.

Then came the UNS-1B, virtually a new system, with an increased processor speed, more memory, and much more information in the database. The -1B was followed by the single-box -1C and dual box (control display unit with remote processor) -1D, which incorporated the Global Positioning System (GPS) receiver and full color liquid crystal display (LCD). Finally came the more compact UNS-1K with the 4-inch (10.2-cm) display.

Despite the similarities, each succeeding model of the UNS-1 included advancements in programs and features. And the recently introduced variants are no exception. Universal Avionics refers to its new offerings as "super FMSes." Individually, they are designated the UNS-1E, -1F and -1L.

Universal’s prime reason for the latest upgrade is to incorporate systems growth in preparation for the communication, navigation, surveillance/air traffic management (CNS/ATM) future flight environment. The new features will be available for retrofit in -1C, -1D and -1K models by the second quarter of this year, according to Don Berlin, Universal’s marketing division vice president and general manager.

An integral 12-channel GPS/GLONASS receiver also was added to the new UNS-1s. The receiver contains receiver autonomous integrity monitoring (RAIM), automatic fault (of the satellite signal) detection and exclusion (FDE), and manual satellite deselection to make GPS alone the primary navaid. A Windows-based program allows the pilot to predict FDE availability when flying over oceans or remote areas. The GPS/GLONASS receiver will be certified to TSO C129a, Class A1/B1/C1, for all phases of flight, including approach.

Universal also increased the processing power and memory in its new UNS-1s. The units’ new 32-bit processor provides 25 times the computer horsepower of the current system; program and database memory have been increased four-fold. 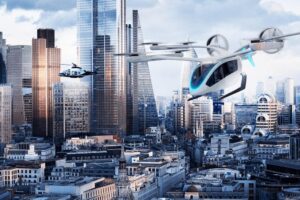