Increasingly crowded skies generate colorful descriptions of the problem. Here’s one harried air traffic controller’s scatological characterization of the situation for Newark International Airport in New Jersey: "[Newark] tries to put 10 pounds of [expletive deleted] into a 5-pound bucket on a daily basis. I’m not sure if anything will help [Newark], but this should not be a deterrent to implementing the system."

The system he refers to is the controller-pilot data link communications (CPDLC), which essentially involves the use of scripted messages exchanged digitally between air traffic controllers and aircrews. At a recent symposium hosted by the Air Traffic Control Association (ATCA), data link was hailed as a technology whose time has come. Deploying data link, its advocates argue, is the single most direct action that could be taken to relieve congestion while at the same time increasing the safety of the national airspace system.

"Last summer was a wake-up call," declared John Kern, vice president of regulatory compliance and chief safety officer for Northwest Airlines. Kern was referring to the unprecedented number of delays that almost brought the system to its knees. "Next summer will be worse than last summer unless we do something," he warned. By "worse" he meant the stark specter of "hub lock," a situation analogous to gridlock on the highways, where the delays compound to such an extent that movement grinds to a virtual creep.

Kern, who has steeped himself in the airspace congestion problem, sees clearly the two-fold nature of its pernicious workings. It is both "a pipeline story and an airspace story," he explained.

The pipeline part of the story is the increasing congestion on air traffic control (ATC) voice radio frequencies. When controllers cannot keep up with the flow of traffic, they establish holding patterns to slow down the pace. That expedient is the genesis of the airspace part of the story. When traffic is held, not only does the efficient use of local airspace plummet, the ripple effect degrades the use of airspace system-wide. The inefficiency takes the form of delays, extra fuel burn, missed messages, mixed messages, stress and confusion.

In numerous ways, safety is eroded. Ron Morgan, the director of air traffic service for the U.S. Federal Aviation Administration (FAA), might be described as point man on the air traffic congestion problem. With an operational error rate that has been virtually flat throughout the 1990s, holding stubbornly at around 0.53 errors per 100,000 operations, Morgan observed, "We seem to have reached a plateau." An operational error is defined as a breach in required separation. Morgan sees CPDLC as a means of achieving a lower rate of operational errors, hence greater safety.

There is another element to the clogged radio pipeline. Airlines are making ever more use of ACARS (Airborne Communications Addressing and Reporting System). The system links airline operational control centers with their far-flung aircraft. ACARS is being used more and more for transmitting dispatch, maintenance and other information. So much so that ACARS’ success has become part of the problem. The increasing demand for ACARS forces a major upgrade—from analog to a more capable digital technology.

All of these elements combine to open a window of opportunity. With ACARS being upgraded to a digital format, the same radio can be installed in aircraft for communications to the airlines’ operations centers and to air traffic control centers.

Simulations in 1995 and 1996 at the FAA’s William J. Hughes Technical Center near Atlantic City, N.J., yielded promising, if mixed, results. Those tests replicated the congestion in the Newark area of New York’s Terminal Radar Approach (TRACON) and in the Atlanta, Ga., Air Route Traffic Control Center (ARTCC). As Tim Hancock, director of CPDLC testing for the FAA said, "We selected our worst [i.e., most congested] centers, not the skies over Wyoming."

During those trials, CPDLC technology enabled a significant reduction in the sheer volume of voice traffic and a concomitant reduction in delays. The comment above about stuffing too many airplanes into Newark was offered by one of the controllers who participated in those trials. He wasn’t as enthused as the controller who gushed, "data link is to communications what the wheel is to travel," but if data link is the life raft most likely to be thrown his way soon, the Newark controller was willing to grab for it.

The potential advantages are offset by, shall we say, a number of "challenges." At least six challenges were raised at the ATCA symposium:

1. Operations below 18,000 feet. Below this altitude, where "see and be seen" visual flight rules prevail, it may not be prudent for both pilots of an airliner to be "heads down" in the cockpit, peering at a screen displaying data link messages. Perhaps some sort of synthesized voice message would help keep eyeballs looking out, not down. At a minimum, aircrews will need some sort of aural alert of an incoming message. The same chime that sounds when a flight attendant in the cabin calls the cockpit may be an interim solution, but a distinctive aural alert is part of the emerging operational requirement that will guide the development of CPDLC technology.

2. The critical mass. How much of the national airspace system must be data-link capable before the technology can realize its potential benefits? If only a few dozen aircraft and a small number of air traffic control facilities are so equipped, data-link won’t make the kind of dent needed in the national airspace congestion problem.

3. Crew resource management. As an aircraft moves in and out of areas covered by CPDLC, crew resource management becomes a critical issue. Capt. Terry Hanson, representing the Air Line Pilots Association (ALPA) at the recent data-link symposium, put it this way: "The last thing I want is for the copilot to accept a clearance I don’t know about, and then [the message] disappears [from the screen]."

4. Situational awareness. There is a virtue to all that talk on the ATC frequency: Everybody is "in the loop." The so-called "party line" may be congested, but everybody’s on it. The pilots in one aircraft hear the ATC instructions being passed to all the others in the vicinity. Among the many purposes and benefits of these voice communications, they provide a rudimentary verbal equivalent to the Traffic Alert Collision Avoidance System (TCAS).

5. Single pilot use. Is CPDLC acceptable for use in aircraft with a single pilot? That question remains unanswered.

6. Ease of use. This may be the most important hurdle of all. CPDLC simply must be user-friendly. Here’s the standard proclaimed by Frank Cheshire, project leader for the controller-pilot data link program at American Airlines: "We have to make it as easy for the pilots as picking up the microphone. If we don’t, guess what they’re going to do? Pick up the microphone."

If nothing else, data link provides a means of communicating even if someone has a stuck microphone, effectively jamming the entire ATC voice net. 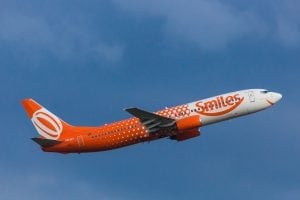 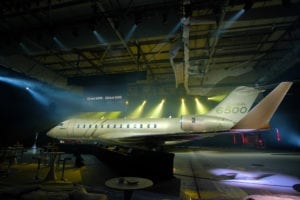