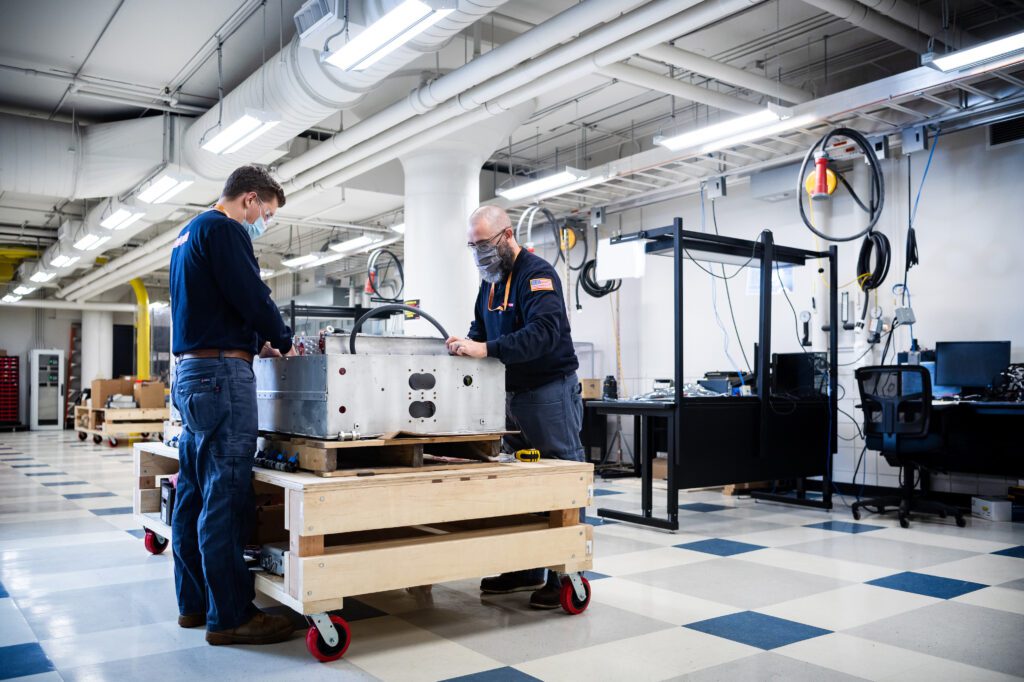 The electrification of aircraft has caused the aviation industry to take an interest in battery technology. While many other industries are also transitioning to battery power in an attempt to be more sustainable, electric aircraft will require very different requirements and regulations.

“Our main focus, I'd say, on battery technology and energy storage would be on high-reliability high-integrity energy storage for flight-critical applications like primary power for the eVTOL aircraft or air taxis,” Justin McClellan, Business Development Lead for Aircraft Electrification at BAE Systems Controls and Avionics Solutions, told Aviation Today. “We're also working on energy storage systems for small regional aircraft, fixed-wing aircraft, and also for eventual use on larger single-aisle aircraft like Boeing 737 equivalents down the road. So, doing a lot in that space. Of course, associated with that battery technology is also the management technology to keep that system operating safely, detecting faults, and ensuring safe operation, and then that kind of ties in with the flight control system, which would be managing how that power is used such as various distributed propulsion systems on eVTOL.”

In a question and answer session, McClellan shared his expertise on battery technology for eVTOL aircraft, challenges the industry could face in the coming years, and what solutions BAE Systems is providing for power management.

Aviation Today: What are the requirements for eVTOL batteries and how do they differ from other electric vehicles like cars?

McClellan: People don't realize that your battery on an aircraft is quite different than what you'd maybe put in an electric car and then of course very different from what’s in any cell phone and besides being lithium-ion, that's kind of the only similarity.

I'd say the main difference in eVTOL aircraft is you need a lot of power to lift that aircraft. You can imagine, you can push your car, right, if you're standing behind it and you ran out of gas or something or electricity you can push your car, but try and lift that car; it's a lot harder. So the amount of power required to do that is quite high and so the batteries tend to be biased towards delivering that power, while staying cool. That's very different than an electric car where in an electric car everyone wants range...The range is really what sells electric cars, and so, it's not the instantaneous power but how much energy you store in that battery and energy of course is power over a period of time. You can drive your car with that sort of modest power output for a longer period of time, whereas an eVTOL aircraft might draw a lot of power for a 20 minute very short flight. 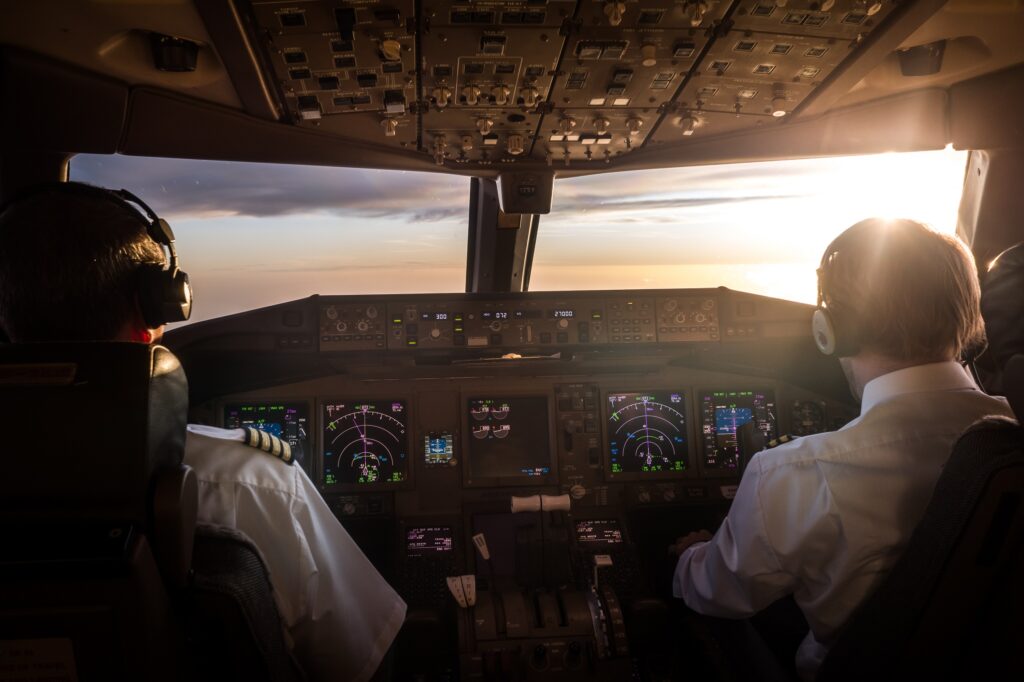 It's interesting that you talk about the management technology and also the flight control system and how that relates to the battery technology. Can you expand on that a little bit because I think they've all been talked about separately, but the connections have not been discussed as much.

McClellan: It's an interesting one and it gets a little bit technical. You can imagine that when you start to pull power out of the battery, there's really a range that you're supposed to use the battery, we'll call it full to empty, really what it is is it's a voltage range. That top voltage is associated with being full and a lower voltage associated with being empty, and as you pull power from the battery the voltage will drop and as you pull more power you'll start to drag that voltage down. So you can imagine that at the end of the flight, when the battery is getting closer to empty...if you go into a hover, for example, where now you're really relying on the power of the aircraft to keep you in the air there's no aerodynamic lift associated with the wings or anything like that, you're going to be pushing that voltage level down and it becomes a very closely tied with the flight control system to make sure that the aircraft is stable but you're not pulling too much power you're effectively you're limiting the envelope, such that you don't hit a lower voltage limit that forces the battery to have to either be damaged or have a circuit breaker trigger or have something that would start to cause a fault on the battery. Then, of course, in a situation where you need to maybe push it for an emergency situation, having that fault or having that circuit breaker trigger happen gracefully is another very important piece of the control architecture on the battery.

McClellan: There's so many different aircraft types out there...My background is actually aerospace engineering, so I sort of like to take a look at the aircraft from an aerodynamic efficiency point of view, and then you also have to look at the mission they're trying to perform and that will basically point to how much energy or battery they need.

When I look at some of the designs that have no wings, that are 100 percent rotor designs—I don't want to mention too many names—but those are obviously going to be higher power draw aircraft that are going to have shorter ranges and therefore have to put more pressure on the battery. Then look at other aircraft that are very reminiscent of an airplane with maybe tilting rotors or that use other types of lifts that augment their powered lift and see those things as being more efficient so they're going to get some range. So it really kind of comes down to that mix of the aerodynamic design and the mission that you're trying to perform, and then matching that to the battery that you need.

I do think that there's a lot of missions that can be performed with these various vehicles, long-range is obviously the challenge and so inter-city, obviously, very doable. Even shorter, 100-mile type missions seem very feasible for some of the more efficient aircraft, and there's definitely a market for that...I think that there's going to be a lot of missions like that, that can be performed using today's battery technology, and it's just going to get better as the technology improves.

McClellan: From our perspective, the aviation industry is not going to be really thriving with technology in the cells themselves. Automotive, mobile devices, are the real big consumers of batteries and that's where the R&D is going. Aviation is really going to be just a consumer of what's available from these suppliers. I think, from an aviation point of view, having a stable supplier with a large enough production that's going to help you get certified is very important.

I'd say also on the issue of thermal runaway, batteries coming off the assembly line and in such large quantities that are in a large battery pack, you can't guarantee that one of those batteries is not going to have a problem and overheat and go into thermal runaway. So figuring out ways to contain that, to manage that, maybe to predict that type of thermal event, and not allow it to propagate to the entire aircraft is another key piece of technology development and IP that BAE and others are focused on in the space. I'd say those are kind of the two that I would highlight and they're really focused around safety and fault mitigation.

That brings up kind of an important equation, there's going to be a lot of companies and industries in the next few years, vying for batteries and the newest and the best production capabilities. Do you think there will be an issue with eVTOLs gaining access to the number of batteries they would need to conduct large-scale operations?

McClellan: I don't think that the quantities are going to be a problem. I think about, like a Tesla factory, they're making and using way more batteries than we ever will. I think the challenge becomes getting approval to use those cells. In some cases, the cell manufacturers may not want to go through the process of approving a battery for an aircraft. They may not want the liability of their battery being on an aircraft. They may not want to have the consistency of production, which might be required from an FAA certification point of view, meaning they might want to make an adjustment every year in the formulation of that battery and meanwhile that means that you've got to take your battery back to get re-certified. So I think that the challenge is really getting the approval and getting a stable supplier, more than the quantity. The quantities are there, they're available and automotive is really driving that now.

Do you think there are any misconceptions about battery technology for eVTOLs.

McClellan: I think there's definitely a couple. The first is that from our perspective, that, for example, you don't have to have a safety strategy, you don't have to worry about that thermal runaway, that you can land quickly or you can delay a fire or anything like that. I think we've seen with the 787 battery fires that happened and some of the Samsung cell phone fires and even some of the Tesla battery fires, these things come from some of the smartest companies in the world and so it's not something that you can just ignore in aviation, it's got to be something that you plan for with an appropriate safety strategy. One misconception is that, oh yeah we'll work around it, we’ll land, we’ll contain it, people need to have an appropriate response to the thermal runaway problem.

I'd say the second one is that there's some miracle battery chemistry out there that's the magic battery chemistry for aviation. Really it's like I said, it's that power versus energy thing. There's no sort of miracle chemistry that does both. It's a spectrum you go left to right, and you probably need to be somewhere in the middle to make it work on an aircraft. So I don't know if chasing the perfect battery chemistry at the cell level, makes a lot of sense at that point then, who's going to build that for you, right. Unless you're buying that battery from a production of a big factory somewhere, are you going to build a factory to build it? So I just think commercial cells are probably the best bet, as opposed to sort of this oh we're gonna define the miracle chemistry, and then we're going to build a factory to build it and it's going to be our secret sauce.

Is BAE working with any specific companies on developing battery technology?

McClellan: We are working with a lot of companies that are going to be using our technology. I wouldn't say we've got sort of deep collaborations on the technology, but we have been selected for several aircraft. Jaunt [Air Mobility] is one of the big ones that's in the public right now. We're talking with a lot of others from everything ranging from small startups to automotive to traditional aerospace companies...Some of those customers are mainly focused on flight control with us, some of them are focused on energy storage, some are focused on both with us, but our focus was on creating a battery solution that's very modular and can kind of scale in several directions to meet the needs of different types of aircraft and uses a standard format cell that allows us to have a clear upgrade path as new cell technology comes along so we can just certify that new cell. We don't have to certify the entire pack and module architecture. So that's kind of our philosophy on the battery side.

McClellan said BAE is testing its technology on a hybrid fixed-wing aircraft next year and its eVTOL module will be ready at the end of 2022 or early 2023.