A publication by Roland Berger connected various types of eVTOL designs to different applications, but is there really "room for everyone" in this market? (Roland Berger)

Designs for eVTOL aircraft may be converging in the direction of efficient, wing-borne lift + cruise and vectored thrust concepts. Is there room for inefficient multicopter concepts in transport applications?

The Vertical Flight Society’s current database, which counts over 300 eVTOL designs but include many that are defunct, shows distributed electric propulsion-based innovation pushing out in every direction: 115 concepts are listed as vectored thrust, 45 as lift + cruise, and 80 as multicopters.

Roland Berger is one of a few analysis firms that has argued there are fitting applications for all of these aircraft across a spectrum of use cases; multicopters are best suited to short-distance, inner-city applications, while more complex and efficient aircraft excel at longer-range trips and inter-city transport.

A few announcements last week suggest that companies pursuing multicopters increasingly realize that in the long term, multicopters will not be the ideal choice for any application, as they will be unable to complete with the speed, range or efficiency of lift + cruise and vectored thrust designs.

“Multicopters are great, but they are not efficient for longer flights which is where we see the benefit of being in this market,” the company told us as justification for the pivot.

Huazhi Hu, CEO and founder of Chinese developer EHang, mentioned on their Q2 earnings call last week that the company will roll out “new products, including the one with a flight range of over 100 kilometers, opening up more market opportunities.”

Seeing as EHang’s two-seat ‘216’ has a range of about 21 miles or 34 km, it is almost a certainty that this “new product” Hu mentions cannot achieve the stated range if it is a pure wing-less multicopter.

Speaking with Volocopter’s chief commercial officer Christian Bauer, the German startup is still very much focused on rolling out its multicopter VoloCity. The company sees enormous applications for inner-city transportation, given how much of most metropolitan areas fit within its range of 21 mi / 35 km range.

Bauer was tight-lipped on what's next: “We will improve further in the future. We start with a two-seater with a pilot in the beginning, later with autonomous functions when they are certified, and we will develop our product portfolio further, that’s clear.”

It’s also worth noting that most successful long-range applications of drones, such as for linear inspection or delivery at great distance, have employed transition or fixed-wing aircraft. Multicopter drones will continue to be preferring for applications less about mobility over distance, such as inspections or photography.

This does not mean that Volocopter and EHang, as examples, are fundamentally misguided companies. If they companies are able to beat the competition to market, leverage their prototypes and test-flight data, and establish key relationships with cities, regulators and consumers alike, they may be well-positioned players in the future eVTOL market — as long as they shift to a lift-plus-cruise or vectored-thrust in future design iterations.

It is almost certain that a simple concept with few moving parts, like Volocopter’s designs, will beat more complex air taxi concepts not only to certification, but more importantly to affordable production at scale.

There will likely be a window where these multicopters are the definition of air taxis. As a reminder, Volocopter is still the only eVTOL developer in Europe with a design organization approval (DOA) from EASA. Vertical Aerospace, which unveiled a vectored thrust design last week, is working to secure theirs.

But that window will close. In comparison to helicopters, everything design around distributed electric propulsion looks efficient, but once more efficient electric aircraft are perfected, the only potential advantage of a multicopter is lower cost of manufacturing — and that would have to outweigh the inefficiencies associated with use. 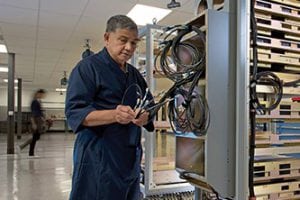 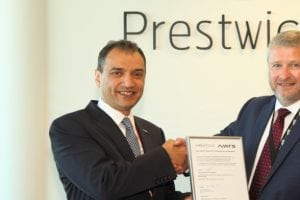 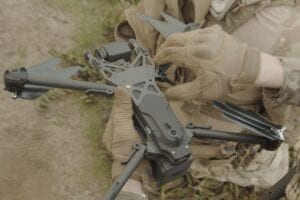