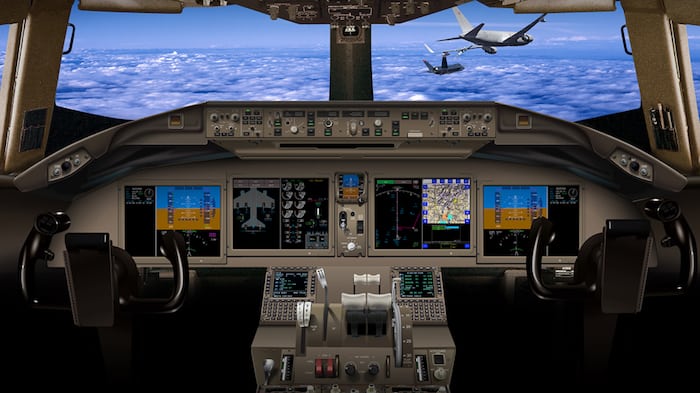 The Air Force and Boeing announced April 2 that they have agreed upon a solution to fix the remote vision system on the KC-46A Pegasus. Photo: Collins Aerospace

The Air Force and Boeing announced April 2 that they have agreed upon a solution to fix the remote vision system on the KC-46A Pegasus, in the hopes of resolving one of the tanker program’s most critical deficiencies.

The agreement, which was signed Thursday and first reported by Defense News, is a two-phased approach that will incorporate both near-term software fixes and long-term hardware switches for the camera and display system that allows operators to observe aerial refueling digitally, rather than through a window as in legacy tankers.

This new approach will result in a final Remote Vision System design, known as RVS 2.0, the Air Force said Thursday.

“RVS 2.0 will include 4K color cameras with proper viewing geometry, operator stations with larger screens, a laser ranger for refueling aircraft distance measurement, and boom assistance augmented reality,” the service said. “With the help of scientists and engineers from both enterprises, the Air Force will lead design reviews and approve specifications to drive the partnership toward initial fielding in 2023.”

Boeing is responsible for fixing the RVS, which has been classified as a Category-1 deficiency.

Jamie Burgess, Boeing’s vice president and general manager for the KC-46 program, said in a Thursday media teleconference that the new hardware will begin flight testing this summer, and he expects fielding to begin in the second half of 2021. Flight testing for the complete RVS 2.0 will begin in the 2022 timeframe, and he anticipate that it will be ready for fielding in the second half of 2023.

The major deficiencies and development setbacks on the KC-46 program have been a source of frustration for the Air Force for some time, and the service’s chief of staff Gen. David Goldfein sent a letter to Boeing earlier this year pressuring the company to move more quickly to resolve its issues.

“I definitely think that Mr. Calhoun has brought in a very different tone for Boeing and the fact that he responded so quickly to the chief’s letter, I think, speaks to his leadership style,” he said in a Thursday media teleconference.

This article was first published in Defense Daily, a sister publication to Avionics. Click here to view the full version. 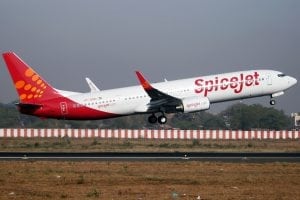