Boeing has launched a new business tasked with researching and development of solutions in artificial intelligence (AI), secure communications and complex systems optimization for commercial and government applications.

Called Disruptive Computing and Networks (DC&N), the new group will operate out of Southern California as part of Boeing Engineering, Test & Technology under the direction of VP and General Manager Charles Toups. Toups formerly headed Boeing Research & Technology (BR&T), where he will be replaced by current VP of Aeromechanics Technology Naveed Hussain.

Boeing said that DC&N will work closely with the company's investment arm, HorizonX, to "identify external partners for collaboration to accelerate growth," though a company spokesman told Avionics International that the relationship would not change operating procedure for either group or investment plans for HorizonX. Both organizations are overseen by CTO Greg Hyslop.

"Advanced computing and communications technologies are increasingly at the core of all aerospace innovation," said Hyslop said. "We're excited to stand up the Disruptive Computing and Networks organization because it will help us develop new businesses and partnerships in this rapidly expanding field."

Boeing said that DC&N's initial products would be in the area of computing and neuromorphic processors to aid in the quick solution of complex problems and pattern detection. A representative said that the company would look for applications as research evolves, but an example would be the real-time analysis and optimization of global air traffic routes for both manned and unmanned vehicles.

The company will staff DC&N with a combination of incumbent Boeing employees, largely from BR&T, and new hires. Over the next five years, it tentatively expects to hit an employment figure of about 500 at the shop, according to a spokesman. BR&T, for comparison, comprises nearly 4,000 engineers, scientists and technicians across 11 worldwide facilities. 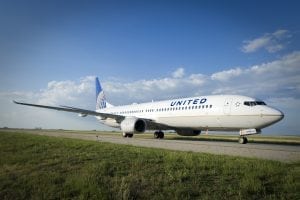