EASA Executive Director Patrick Ky at the opening of the agency's regional office in Singapore with the country's Permanent Secretary of Transportation Loh Ngai Seng. Photo courtesy of EASA

The Council of the European Union has updated safety rules for Europe including a new mandate consolidating the full spectrum of Europe's aviation landscape under the European Aviation Safety Agency (EASA).

The aim of the new rules is to allow EASA the ability to formally guide emerging areas such as drones and cybersecurity and facilitate its working more closely with European member states.

“In a sector facing unprecedented technological transformation, it was important to provide EASA with the proper tools and legal foundation to support the development of the aviation industry in particular in domains like drones and digitalization," said EASA Executive Director Patrick Ky.

The new basic regulation formalizes EASA’s role in those domains, enabling the agency to prepare rules for all sizes of civil drones and harmonize standards for the commercial market across the continent. The regulation also enlarges expands the agency's role in areas such as in environmental protection, research and development and international cooperation. The new mandate also gives EASA a coordinating role in cybersecurity in aviation.

This week’s vote of the Council of the European Union concludes the legislative procedure. The regulation will be published in the EU Official Journal by the end of July and will enter into force at the end of the summer break. 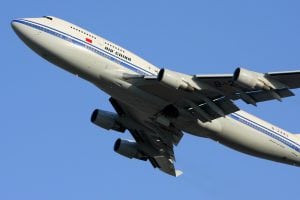