A rendition of the release of an upper-stage from a SABRE-powered reusable launch vehicle. Photo by Reaction Engines

Boeing has invested in U.K.-based Reaction Engines, whose technology the company says will contribute to the next generation of hypersonic flight and space access vehicles.

Boeing’s HorizonX Ventures investment subsidiary participated in the company’s $37.3 million Series B funding round alongside Rolls-Royce and BAE Systems.

Founded by three propulsion engineers in 1989, Reaction Engines produces technical designs for advanced heat exchangers, air-breathing engines, and the vehicles they could power. According to the company, these capabilities may lead to high-speed point-to-point transport that is cost-effective and sustainable.

Reaction Engines is known best for its Synergetic Air-Breathing Rocket Engine (SABRE), a hybrid engine blending jet and rocket technology that is capable of Mach 5 in air-breathing mode and Mach 25 in rocket mode for space flight. As part of the SABRE program, Reaction Engines developed an ultra-lightweight heat exchanger that stops engine components from overheating at high speeds.

“As Reaction Engines unlocks advanced propulsion that could change the future of air and space travel, we expect to leverage their revolutionary technology to support Boeing’s pursuit of hypersonic flight,” said Steve Nordlund, VP of Boeing HorizonX. 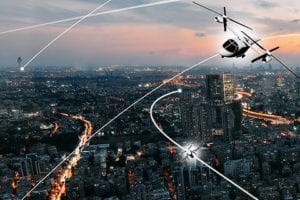