NATS Holdings, Civil Aviation Authority of Singapore and Airways New Zealand are teaming up to get a start on global ATM. (Photo courtesy NATS Holdings)

Any frequent flyer knows that it’s common to spend flight time meandering in a holding pattern, waiting for clearance to land. In a sense, keeping all those planes in the air wastes passengers time and airlines’ money — it’s inefficient.

Some of that is considered a necessary evil to keep air traffic flowing safely and consistently.

But a 2016 International Air Transport Association estimate pegged the delays and excess fuel at a $300 million annual cost to airlines. So, the U.K.’s NATS Holdings, the Civil Aviation Authority of Singapore and Airways New Zealand are exploring their ability to streamline that process on long-distance flights through teamwork.

So far, they have conducted trials with 53 flights from New Zealand and England to Singapore during late December and early January. NATS said that the tests successfully demonstrated the potential to redistribute airborne delays to the more fuel-efficient cruising phase.

Implementing a program like this requires air navigation service providers to take on a larger scope of authority than they traditionally hold, and the three here have been working with airlines to manage aircraft speed and better coordinate arrival times.

Airways New Zealand CEO Graeme Sumner said that actively managing speeds earlier in flight could save an airline $3.7 million per year in fuel and four minutes of flying time per flight, according to their estimates. It would also smooth out flight schedules, increase predictability, and lessen delays, which is good for airports and passengers if Sumner’s forecast is correct.

NATS said it ultimately hopes this partnership provides the groundwork for a global solution for more efficient air traffic. 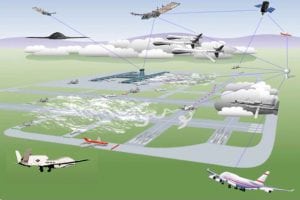 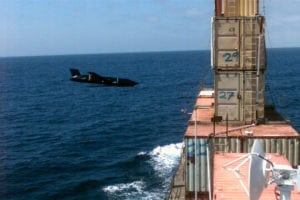