Boeing and Adient Team Up to Tackle Seating with New Company

Adient Aerospace, a new joint venture between Boeing and car seat manufacturer Adient, will develop and manufacture aircraft seats for both Boeing and other commercial manufacturers.

The new company is wholly owned by Boeing and Adient, with Adient claiming a 50.01% majority stake, though both companies will be represented on Adient Aerospace’s board of directors. Boeing is the world’s largest aerospace company, while Adient has been the largest automotive seating company since spinning off from Johnson Controls International in 2016. They hope the marriage will allow them to immediately dominate a market they expect to grow substantially in the coming years.

"Seats have been a persistent challenge for our customers, the industry and Boeing, and we are taking action to help address constraints in the market,” said Kevin Schemm, SVP and CFO of Boeing subsidiary Boeing Commercial Airplanes. Schemm identified Boeing’s strategy of developing capabilities in house as a reason for the move.

Adient Aerospace’s operational headquarters and initial production plant will be in Kaiserslautern, Germany. Its customer service center will be in Seattle, Washington, where Boeing is headquartered. 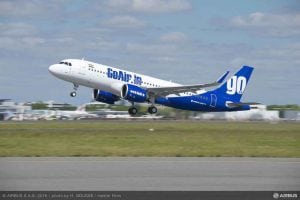