Airbus has a succession plan as top executives make their way out of the organization. CEO Tom Enders will not seek further mandate beyond April 2019, the French original equipment manufacturer said Friday. And COO and President for Commercial Aircraft Frabrice Brégier is leaving the company — Reuters said Brégier was assumed to succeed Enders.

Airbus Board of Directors is set to look at CEO candidates during 2018, both from inside and outside the company. Taking Brégier’s place as commercial aircraft president is Guillaume Faury, current CEO of Airbus Helicopters. There is no indication that Faury would also be named COO, as Brégier was.

“The privilege of serving this great company comes with a responsibility to support a smooth succession when the time is ripe. In 2019, I will have served all together 14 years at the helm of Airbus and [European Aeronautic Defence and Space Company]. It’s been a long and exciting journey but now is the time to initiate a leadership change,” Enders said. “We need fresh minds for the 2020s. In the coming 16 months, I will work with the board to ensure a smooth transition to the next CEO and a new generation of leaders; I will focus on our business challenges; and I will further progress and strengthen our ethics and compliance programs.”

Airbus said Brégier indicated to the board of directors that since he did not intent to be part of the selection process to replace Enders, he would leave the company in February 2018 to pursue other interests. Reuters reported that Brégier — who has spent 25 years with Airbus — and Enders had a long-running personal rivalry, and that tensions escalated this year over who should control the jet sales department.

“I understand Fabrice’s decision and his motives and, frankly, I would not have done differently,” said Enders. “Many of the achievements this company can be proud of over the past decade were led by Fabrice and me, together. Airbus is deeply grateful for his outstanding contribution to the operational excellence and competitiveness of our business.

“Guillaume represents our next generation of leaders and has demonstrated broad business and industry experience, an international mindset and a clear focus on delivering value during his tenure at the helm of our helicopter business,” Enders continued. “I look forward to working with him in his new role.”

He added that a replacement for Faury as CEO of the rotorcraft division is to decided and announced “in the coming weeks.”

This follows the departure of the now former Airbus CTO Paul Eremenko. It was announced at the end of November he would take up a new post as SVP and CTO of United Technologies Corp. This also comes as Airbus readies for the retirement of “living legend” salesman John Leahy, in the words of the OEM. In 33 years of service, his leadership took part is selling 16,000, which Airbus said accounts for 90% of all Airbus aircraft ever sold. Airbus announced right before Eremenko’s departure that Leahy would be succeeded by Eric Schulz, who would become EVP and chief of sales, marketing and contracts for Airbus Commercial Aircraft. Schulz, former president of civil aerospace of Rolls-Royce, is set to start his Airbus post at the end of January 2018. 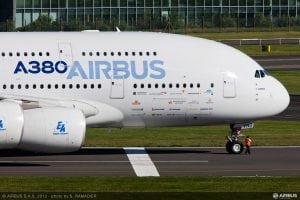