Map of ADS-B ground towers in the U.S. Photo courtesy of the FAA

The FAA cannot effectively verify the performance of a Harris Corp. unit supporting the U.S.’ ADS-B network or ensure that it is getting the most from taxpayer dollars paid to that company unless it improves monitoring of the current $1.8 billion surveillance system contract, a new Transportation Dept. inspector general's (IG) report has found.

“It is imperative for the FAA to establish more timely and effective incentive fees that encourage or promote superior contractor performance and take steps to enforce contract clauses to increase visibility into contract costs, prevent payments associated with undelivered services and recover potential overpayments associated with design changes,” inspector general investigators wrote in the Sept. 5 report. “Until then, FAA will not be able to ensure it is most effectively using the hundreds of millions of taxpayer dollars remaining to be invested in ADS-B.”

The FAA is planning to pay the contractor $900 million more in subscription charges for providing ADS-B services through the term of the contract, which could extend to 2025, the report said.

Investigators cited several shortcomings in the aviation agency’s monitoring of the contractor’s performance under a 2007 contract to develop and implement the ADS-B system. The contract was awarded to ITT, which in 2011 became Exelis. Harris acquired Exelis in 2015. If all options are executed through 2025, the IG's report said, the contract would be worth $1.8 billion.

While the ADS-B contract gives the FAA the ability to monitor whether the contractor is providing required ADS-B products and services, the agency “has made only limited use of these provisions,” the report said.

The contract specifies seven specific measures for evaluating ADS-B performance and specifies that the Harris unit should validate that all seven requirements are being met, according to the investigators.

“[The] FAA required reports from the contractor on only three of the seven measures — availability, latency, and update rate,” the investigators said. “Without full reporting, [the] FAA cannot know whether the ADS-B products and services being provided meet all contractual requirements.”

Investigators noted that, in addition to the contractor’s reporting, the agency uses its own Surveillance and Broadcast Services monitoring tool to collect data on ADS-B performance and independently validate the contractor’s self-reporting. But that monitor “collects data on the same three performance requirements about which the contractor reports,” the report found.

The other metrics on which Harris is required to report under the contract are capacity, integrity, coverage and independent validation.

Another shortcoming cited by the investigators was the FAA's system acceptance testing of the contractor’s ADS-B services in specific geographical regions, known as service volumes. When the FAA did that testing, investigators said, the agency had not yet completed installing ADS-B in at least 47 service volumes.

Investigators also concluded that the FAA did not take full advantage of contract provisions that would help it insure that its payments to the Harris unit are reasonable.

As one example, investigators said, the FAA “did not seek adjustments to service volume subscription fee payments when the contractor decided to use shared radio stations that support multiple service volumes.”

In addition, the FAA “could have negotiated an incentive plan that did not require the agency to pay full subscription fees plus make incentive payments even when significant availability outages occurred,” investigators said. They concluded that the agency awarded performance incentive fees amounting to 6.7% of the subscription fees in 2015. But for six months that year, the ADS-B system “overall did not meet the minimum availability requirements of the contract."

Furthermore, they said, the FAA has not enforced a contract provision requiring the contractor to track and bill capital assets separately.

“Without knowing these costs, [the] FAA cannot determine whether equipment and installation prices for installations are reasonable.” Investigators noted that the FAA said it would start enforcing that provision. 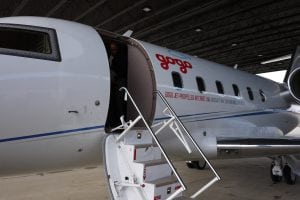