Image from ATC Not For Sale video via YouTube

If you’re wondering how Chesley B. “Sully” Sullenberger III feels about ATC privatization, look no further than this video to answer that question. The video is part of the ATC Not For Sale effort.

“Lobbyists want to privatize air traffic control, handing control to the largest airlines, giving them the keys to the kingdom,” Sullenberger says in the video. “We can’t trust the people who make your airline seats smaller to run ATC.”

In March, the White House released its fiscal year 2018 Budget Blueprint, which called for privatization of air traffic control.

“The President’s 2018 Budget initiates a multi-year reauthorization proposal to shift the air traffic control function of the Federal Aviation Administration to an independent, non-governmental organization, making the system more efficient and innovative while maintaining safety,” the document read. “This would benefit the flying public and taxpayers overall.”

In response to President Donald Trump's ATC reform initiative, the aerospace industry voiced concerns. Some associations are in support of reform, while others’ views align with Sullenberger’s. More than 100 U.S. business leaders co-signed a letter to Congress in opposition to ATC privatization last month. At the beginning of July, 36 aviation groups declared their united opposition to ATC privatization.

“Say ‘no’ to air traffic control privatization: a threat to our nation’s security, safety, access and basic fairness,” Sullenberger concludes in the video.

U.S. Transportation Dept. Secretary Elaine Chao followed Trump's sentiments with her own during the June initiative announcement. She echoed his emphasis on equipment modernization, saying that this initiative would usher in a “new era of enhanced safety and performances in the skies and spur the adoption of state-of-the-art air traffic control technology.” The initiative, she continued, would accelerate the deployment of new technology. 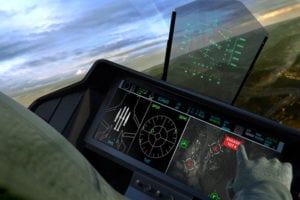