Avionics data transmission rates, protocols, topologies and physical interfaces are evolving to support higher volumes of data and more sophisticated cockpit applications in new aircraft. What avionics test instrumentation companies are finding is that newer airframes are increasingly shifting from traditional bus technologies such as MIL-STD-1553 and ARINC 429 to avionics network technologies such as fibre channel and ethernet, as listed in the chart above.

While groups such as the Institute of Electrical and Electronics Engineers (IEEE) first starting highlighting the use of fibre channel as avionics communication architecture in the early 2000s, it is now becoming more commonplace. The use of fibre channel and ethernet as avionics network technologies can support huge increases in the volume of data carried within avionics system traffic, in turn making it easier for companies to introduce more complex applications that are already visible on newer aircraft like the Bombardier C Series.

According to Troy Troshynski, VP of marketing and product development for avionics test equipment company Avionics Interface Technologies (AIT), avionics ethernet protocol is featured on the Airbus A350 and A400M, Boeing 787 and Bombardier C Series with data rates up to 10 gigabits per second. The F-35 features an avionics fibre channel protocol with data rates of up to 4 gb per second.

“With ethernet and fibre channel, which are network technologies, you have a star network architecture with a switch or network of switches at the core of the network. So for these networks, there is at least one active network switch at the core of the system,” Troshynski told Avionics.

That has lead to aircraft cockpits becoming more easily upgradeable where new applications can be introduced faster, without needing as much cable, wire and hardware reconfiguration.

What this means in terms of what pilots actually see as their interface to this more complicated embedded architecture is more sophisticated avionics displays and increased integration and interaction between electronic flight bags and hardwired avionics systems, the AIT executive said.

“Since these networks offer much higher bandwidth you also have much, much more data carried on fewer wires, so aircraft weight goes down and you get all of the savings and improved efficiency that goes with less weight,” said Troshynski.

So what could the future hold for the avionics data bus and network technologies? The legacy ARINC 429 and MIL-STD-1553 protocols aren’t going anywhere any time soon, Troshynski said, but Ethernet is definitely emerging as the dominant protocol of the next decade.

“I think it’s possible going to primarily be Ethernet and fibre channel as the two main avionics protocols. My prediction would be ethernet possibly stays as the core network in newer systems, and fibre channel would probably move further out to the peripheral functionality,” he said. 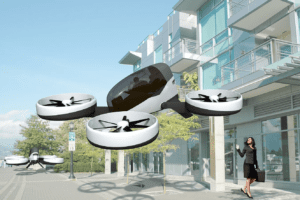 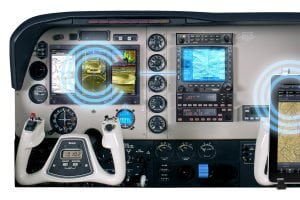 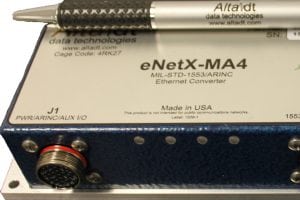