7 Technological Advances Changing the Landscape of the Aviation Industry The production of A350 XWB fuselage shells at Airbus’ plant in Stade, Germany, is now being aided by an innovative ‘mixed-augmented reality application’ called “MiRA” – which facilitates and accelerates the precise positioning of brackets. Photo: Airbus.

The aviation industry has never shied away from technology. Advances in aircraft development, including the ecological inclusion of better fuel efficiency, recyclability concerns and more, mean that all involved, from manufacturers to suppliers, must become early adopters of useful technology to flourish. Despite the aviation industry’s heavy regulatory standards, technological advances in the way parts are transported, planes are built and aircraft are maintained have been particularly rapid. This article will discuss some of the biggest technologies in use today, along with those that loom on the horizon.

The Internet of Things Has Changed Everything

Early on, the aviation industry embraced the Internet of Things (IoT). For those unfamiliar, this technology allows electronic devices to communicate with one another without the need of a host computer. Even before airlines knew what to do with the information, they had begun gathering loads of data through sensors placed throughout the interior and exterior of planes. Today, maintenance, repair and overhaul professionals (MROs) can communicate with plane sensors using tablets. This allows them to scan aircraft systems easily, identifying components in need of replacement or repair. These sensors even have implications for tracking within the supply chain, allowing suppliers to identify parts nearing the end of their life so that shipments can be prepared before MROs find themselves lacking. And all of this gathered data has even further implications for efficiency.

Today, most MROs use a form of predicative analytics to identify possible outcomes of a given situation. This helps professionals determine the best course of action. For instance, instead of simply replacing a part every three months, MROs can better pinpoint when that part will actually reach its lifespan and then determine if a repair or replacement is best. However, with the vast amount of data now being collected through IoT, MROs may soon be able to take these methods a step further and into the realm of prescriptive maintenance.

Prescriptive maintenance is an analytical method that not only determines all possible avenues, but also chooses the best course of action based on the desired outcome. Basically, these models can “think” for themselves. For example, in the case of self-driving cars, vehicles stopped at a red light use prescriptive analytics to determine when, how and if they should turn based on their surroundings and the desired end point. In aviation, this method removes the guesswork for professionals, saving time in an industry reliant on speed. Already in use by airlines for the analysis of ticket sale pricing and by trip advisory sites, like Kayak and FLYR, for optimal ticket purchasing, this method could soon find its way into the day-to-day care of aircraft.

Drones Are for More Than Amazon Deliveries

While the FAA works to regulate the use of outside drones in our airspace, a select number of aviation professionals have already begun to use this technology in their daily activities. Because of the inclusion of IoT and the accompanying sensors within nearly every aspect of aircraft monitoring, MROs can now easily pinpoint faulty components or systems immediately. Drone technology allows these professionals to visually identify areas in need of service without a physical inspection. MROs can also use drones to verify the health of some aircraft parts. During last year’s Farnborough Airshow, Airbus demonstrated the use of its inspection drones on the A330. In addition, easyJet began limited use of this technology on the inspection process of its Airbus A320s, and it’s taken to using these unmanned aircraft to check for lightning damage to incoming planes.

Augmented reality, not to be confused with virtual reality that exists only in a virtual world, is the use of technology to superimpose virtual elements in the real world. Some of the best examples of augmented reality in use today are wearables like Google Glass and smartphone modifications for experiences like Pokémon Go.

In recent years, the aircraft industry has faced a shortage of training personnel for MRO activities. This shortage is due to many factors, including the rapid expansion of airlines in the Middle East and Asia-Pacific, a lack of training structures in many of these countries, limited spots for necessary trainings and obstacles to achieving full certification quickly due to necessary hours and the limits of a highly regulated industry. With the introduction of augmented reality, MROs would be able to train anywhere in the world without the need to wait for open training spots, pushing them more quickly into availability for the completion of required hours and, ultimately, as certified industry professionals. While not yet used on a grand scale, companies like TAE, an Australian MRO, and XMReality, an augmented reality trainer for MRO professionals, are using the remote guidance available through this technology to help fill the training void.

3D printing, also known as additive manufacturing, is making its way into the large-scale manufacturing process. Last year, Boeing teamed up with Oak Ridge National Laboratory to 3D print the largest single piece ever made using this technology—a 777x wing trim tool. The tool was printed in just 30 hours, something that usually takes three months with traditional manufacturing methods. In addition, Airbus and Rolls Royce have revealed plans to begin 3D printing parts for the Trent XWB-97 engine used in the A350-1000. Continued integration of this technology could turn the shipment of aircraft parts into an electronic exchange of 3D printing blueprints. While this technology is still in the initial phases, adoption on a major scale has incredible implications for the industry, including vast efficiency increases, large-scale reductions in the amount of manufacturing waste and tremendous changes to aircraft manufacturing and the supply chain.

E-Commerce is not a new technology; however, it has been adopted at a much slower rate within B2B transactions compared to traditional retail and other B2C business models. Within the aerospace supply chain, e-commerce offers tremendous advantages to aircraft parts distributors, including improvements to inventory management, ease of customer ordering and a host of extra customer benefits. The use of e-commerce also allows suppliers to track part usage and to identify customers in need of reordering. Aircraft parts distributor Kapco Global uses advanced e-commerce solutions through its online ordering portal to provide real-time inventory levels, price breaks, warehouse stocking locations for faster delivery and even important downloads, like part certifications and more.

Finally, while less of a technology and more of a philosophy, the principles of lean manufacturing have played a huge role in revolutionizing the efficiency of all areas of the aviation industry. In 2002, Boeing began implementing lean principles at its 737 Wichita, Kan. manufacturing plants, with big payoffs. The original equipment manufacturer (OEM) ultimately converted its manufacturing line to a moving one and saw an immediate 9% reduction in costs. During the 2008 recession, FedEx Express implemented simple changes thanks to lean principles at its aircraft maintenance facility that reduced trips spent on parts retrieval by employees from over 100 a day to only 25 and that roughly halved the time taken for those retrievals from nearly 2 hours a day per employee to under an hour. Today, this facility encourages employee input to process improvements and receives roughly 1,000 suggestions each year, many of which it has used toward efficiency improvements. 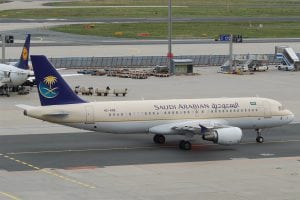 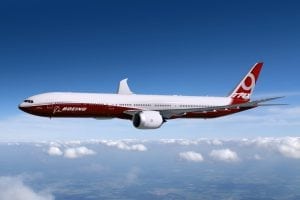