Another year at Avionics has passed and with it we can see the industry rapidly changing right under our eyes! From increased digitalization to the Internet of Things, here’s a peek at this year’s top stories among our readers to help fill you in on the most important headlines of 2016.

10. Boeing VP on Cybersecurity, ATC Modernization, and a 757 Replacement?
Kicking off our list, check out how Boeing’s vice president of airplane development is preparing to beef up cybersecurity, adjusting to Air Traffic Control (ATC) modernization and possibly preparing for a replacement to the 757. Sound like your cup of tea? Check out the article!

9. Next Generation Aircraft and the Business Case for Real-time Analytics in the Cockpit
As airframers roll out aircraft capable of unprecedented data capabilities, the aviation industry debates how this will impact the cockpit and congested ATC networks. Check out our magazine article from earlier this year to see where real-time analytics fit into the cockpit.

8. Room for More: Boeing Exec Forecasts Huge Growth, End of Duopoly
The current duopoly in the aircraft industry is on the verge of breaking up and bringing in a third competitor, or at least that’s what Boeing’s vice president of marketing forecasted in March. Check out the article to learn why he thinks the duopoly is doomed.

7. United to Invest $1.7 Billion in Fleet in 2016
Want to know how much United Airlines spent to build up its fleet in 2016? $1.7 billion! But what aircraft did they buy? Which modifications did they spend their money on? Check out our article from January 2016 to learn the answers.

6. Cockpit Displays Power Innovation on Boeing 737 MAX
Among the new cockpit capabilities that Boeing has introduced on its fastest selling aircraft, the 737 Max, are four large displays that provide a window to the avionics systems and access to critical flight information for pilots. Take a peek at our article on how displays are changing the game for this popular Boeing aircraft.

5. ADS-B Becoming Essential for Flight Operations, Training
We know that the Automatic Dependent Surveillance-Broadcast (ADS-B) is fast-approaching for many in the industry, but that change, in turn, is changing training standards for pilots across all segments of commercial, business and general aviation. See more about it here!

4. The Aircraft’s Place in the IoT Revolution
The Internet of Things (IoT) is coming! See how the coming connectivity revolution will enhance the aviation industry on multiple levels.

3. The Evolution of Flight Deck Connectivity: Three Myths that Could Disrupt the Aviation industry
This is the dawn of a golden age of aviation Big Data and information management, which is key to unlocking new capabilities for aircraft and operators. Check out this opinion piece in our magazine that looks at how misinformation could challenge the evolution of flight deck connectivity.

2. Southwest Airlines Lays Out Plans for Accelerated Fleet Renewal
Lower oil prices are driving larger profits across the industry and allowing several large airlines in the U.S. to increase their fleet renewal plans, including Southwest. See where the airline is investing its money.

1. American Airlines CEO Seeks New Structure for FAA
American Airlines CEO Doug Parker pushed heavily for a separation of the Air Traffic Organization (ATO) from the FAA during his speech at the annual U.S. Chamber of Commerce Aviation Summit Tuesday in March. Although the restructure was ultimately not adopted, it’s more “on pause” than completely off the table. See why one airline CEO thinks privatizing certain sectors of the FAA is a good idea. 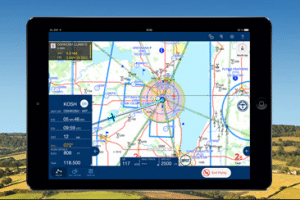