[Avionics Magazine 12-01-2016] A new satellite launch company could be well on its way to making hypersonic travel a reality before the end of the decade. Atlanta-based Generation Orbit is working to enable satellite launches from aircraft through hypersonic flight, which it believes is the new frontier for atmospheric flight, but has pivoted toward making hypersonic travel — several orders of magnitude faster than supersonic flight — a reality by 2019.

Generation Orbit got its start as a branch of space engineering company SpaceWorks Enterprises and set out with the aim to introduce air-launched rocket vehicles, essentially space planes, to the satellite launch market. The business jet-based launch vehicles, which are still in the works alongside plans for hypersonic travel, are designed to launch from the ground much like an airplane, pass through the atmosphere and launch small satellites into orbit at a launch rate faster than is available through traditional large rocket companies. Their current prototype is built from a Gulfstream business jet and aims to launch nearly as often as a business jet flies.

Capable of reaching speeds up to Mach 7 with a test payload attached, the company’s development of hypersonic systems is supported by collaborations at NASA and the U.S. Air Force. As the company began to develop and vet its technology, however, it set its sights on first introducing hypersonic flight to the market with aircraft that can fly five to eight times the speed of sound.

“As we move on in developing the technology we will hit a fork in the road in which we will have to examine if we’d like to continue with either hypersonics or [small satellite] smallsat launch. Down the hypersonics route, we certainly see some really interesting commercial opportunities for moving cargo and maybe eventually people around the world faster than is possible right now by an order of magnitude. High-speed point-to-point transportation for cargo and people is something that is in our future,” A.J. Piplica, chief operating officer at Generation Orbit Launch Services, told Avionics Magazine.

The company is currently working with NASA’s Armstrong Flight Research Center (AFRC) for flight testing of its GOLauncher 1 (GO1) prototype. The two-year collaborative program aims to demonstrate integration of the GOLauncher 1 Inert Test Article (GO1-ITA) with NASA’s Gulfstream III research aircraft, as well as evaluate the launch technology. Alongside this, NASA AFRC will continue to develop its store separation analysis capability, a program that hopes to pave the way for test flights of the GOLauncher 1 hypersonic testbed. It aims to do this by demonstrating GO’s launch vehicle release maneuver from a business jet.

Piplica expects to have hypersonic flights commercially available with GOLauncher 1 by 2019, scheduling the first flight toward the end of 2018 and then ramping up the flight rate to about four flights a year.

“To get there, we’ll be testing technologies like scram jet engines, high-temperature composite structures, long-duration thermal management systems and the kind of state-determination avionics and guided navigation control electronics that are required to fly Mach 5 or Mach 8. There are a lot of little technology pieces that haven’t really been proven all together in the system, so we’ll be helping government agencies get those technologies developed and from there we will be able to take what we’ve learned and roll them into a system that makes sense for a commercial business model,” said Piplica.

There are still notable challenges with supersonic and hypersonic flight, however, particularly issues that surface around sound disruption and sonic booms. To circumvent many of the regulatory challenges associated with hypersonic travel, the company has selected sites for test flights off the coast of Florida.

“We are operating completely over water within a controlled piece of airspace, so we don’t have to worry about sonic boom reduction yet,” he said.

The company is also looking to initially roll out cargo delivery, to avoid many of the issues associated with operating over land.

“Information moves very quickly over the internet but there are still things in the physical world that are high-value that have to move quickly,” said Piplica.

And many government organizations such as NASA, the U.S. Air Force, DARPA and others have a large stake in the development of hypersonic travel for both people and cargo, and thus Piplica says the company has been pursuing and establishing collaborations with them to aid and fund the technology’s development.

Ultimately, the company is looking to deliver hypersonic flight at the price of business travel.

“People are really the ultimate cargo in the real world that has to move around quickly. Being able to do business travel around the world in a day where you spend your morning in Los Angeles, your afternoon in Tokyo, and your evening in Berlin, that idea of shrinking the world to the point of being able to go everywhere within hours is something we want to enable,” said Piplica. “The path to that is learning about hypersonic flight through doing it, and that’s what GO1 is for us.” 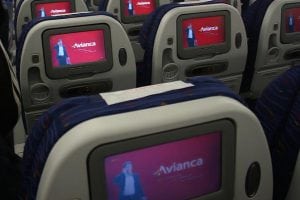 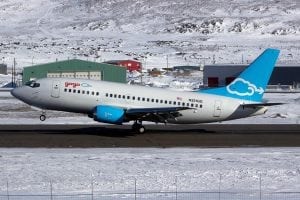 Editor’s Note: All That It Seems?