A picture of the exterior of the Dubai International Airport. Photo: Dubai International Airport.
Under the contract,Dubai Air Navigation Services (DANS) will receive Park Air Sapphire portfolio products, including the latest Park Air T6 Radio at five radio sites located at each airport. The system will simultaneously support both legacy E1 and Voice over IP (VoIP) connectivity, enabling radio channels to be connected to a network of Park Air S4 IP Controllers, while also connecting to the airports' legacy voice switch.
The Park Air T6 Radio, an integral part of the Sapphire portfolio, will provide DANS with Simultaneous Call Transmission (SCT) detection. With SCT, the T6 Radio receiver detects two pilots speaking at the same time and sends an alert to the air traffic controller to take the appropriate action.

"To develop a radio of such advanced capability is a credit to our engineers," said Danny Milligan, managing director, Northrop Grumman Park Air Systems. "The new Park Air T6 Radio not only delivers a significant step forward in terms of performance, but also contributes to our environmental obligations. It is the lightest and smallest radio in its class, its power consumption has been minimized and toxic materials such as beryllia and lithium, which are traditionally required in radio designs, have been excluded." 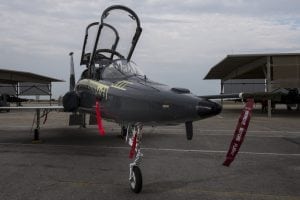