[Avionics Today 01-13-2016] The airplane business unit of Daher, an equipment supplier developing integrated industrial systems for aerospace, delivered a total of 55 TBM 900s in 2015 — a 10 percent increase compared to 2014.

The 2015 geographic distribution reflected global economic trends last year, as TBM 900 deliveries were led by the United States, with 44 aircraft delivered to customers across the country. Latin America ranked second, as five aircraft were provided in Brazil and two in Mexico. Europe was third, based on the two deliveries in Germany and one each in France and Spain.

Nicolas Chabbert, the Senior Vice President of Daher’s Airplane Business Unit anticipates that 2016 will be a challenging year for the international aircraft marketplace. 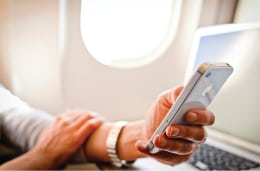