[Avionics Today 10-22-2015] Southwest Airlines has released its 2015 third quarter report, posting $5.3 billion in operating revenue, a 10.8 percent increase from the same quarter in 2014. The increase was largely driven by third quarter 2015 passenger revenues of $4.7 billion, according to a statement released by Southwest.

The company also reported an impressive 63.1 percent year-over-year increase in net income and a record $1 billion operating income. The significant increase in these areas was largely driven by lower fuel prices, according to the company.

During the third quarter, the company received three pre-owned Boeing 737-700s to end the quarter with 692 aircraft. Southwest continues to manage approximately 700 aircraft at year-end 2015 and expects to grow its fleet approximately 2 percent, year-over-year, in 2016. The airline's capacity plans remain unchanged with expected available seat mile growth of approximately 7 percent this year, and an estimated 5 to 6 percent in 2016, both year-over-year.

Choosing An EFB For Your Bizjet 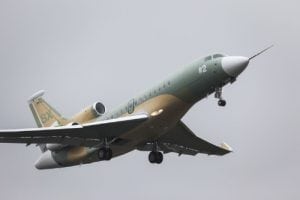