[Avionics Today 10-20-2015] Hobbyists and commercial operators alike may soon have to register their Unmanned Aircraft Systems (UAS) with the U.S. federal government. In a move to reign in UAS as numbers flourish, Department of Transportation (DOT) Secretary Anthony Foxx alongside FAA Administrator Michael Huerta announced Monday that the agency is putting together a task force to develop recommendations for a registration process for UAS.

“Registering unmanned aircraft will help build a culture of accountability and responsibility, especially with new users who have no experience operating in the U.S. aviation system,” Foxx said.  “It will help protect public safety in the air and on the ground.”

The FAA has seen a rising number of UAS incidents with manned aircraft in airspace, reporting earlier this year that the number of reports has increased from 238 incidents in all of 2014 to more than 650 UAS sightings by manned aircraft through the first eight months of 2015. The new proposed regulations are likely to help tamp down on such incidents as drone use in the U.S. continues to soar among both hobbyists and commercial business. According to Paul J. Fraidenburgh, an associate at Buchalter Nemer who routinely represents UAS operators, it’s unlikely the agency will be able to enforce the regulations very often — whether through a unique ID, a radio frequency signature, or other means. But Fraidenburgh doesn’t believe strict enforcement will be necessary.

“From an enforcement standpoint, it’s difficult to contemplate a situation where the aircraft itself will allow them to trace it back to the operator,” Fraidenburgh told Avionics Magazine, noting that it’s rare the FAA will have a situation in which they have possession of the aircraft that is being illegally operated. “It’s kind of a preventative measure … to a certain level, [the regulation] is going to change operator behavior when operators know their aircraft is registered with the FAA.”

Fraidenburgh believes the registration system is less of a reaction to the recent uptick in UAS incidents and more of a foundation to grow safety regulations for UAS as regulation and technology evolve.

“As the technology becomes more prevalent in our airspace … I think this is more of a proactive step,” said Fraidenburgh. “We don’t necessarily know the extent to which the registration is going to be tied to a number of different things. What we know is that the first step is making sure that we at least have some system of identification and registration, and once we have that, we can go from there.”

In this respect, Fraidenburgh feels the FAA is rolling out the initiative just in time to catch the growing influx of aircraft, which will likely be registered as they leave the manufacturer’s line, making it easier to capture more aircraft in the system.

“They realize millions of aircraft have been sold and shipped and if they don’t roll something like this out right now, it will be too late and there will be too many aircraft on the market to regulate. It’s going to become a more difficult problem to solve later on,” he added.

“ALPA fully supports Secretary Foxx’s decision to create a task force that will recommend procedures and policy for creating a national registration database for all UAS. As the operators responsible for flying passengers and cargo, pilots are hyper-focused on ensuring the safety of our aviation system, including the safe integration of unmanned aircraft systems into the national airspace,” said ALPA President Tim Canoll in a statement. Canoll is a member of the DOT task force made up of 25 to 30 diverse representatives from the UAS and manned aviation industries, the federal government and other stakeholders, according to the FAA.

While manned aircraft could benefit from safer skies, the commercial UAS industry, which is already required to register their aircraft with the FAA, could also see the advantage of a more efficient registration process.

“There could be a side-effect of benefitting the commercial operators because it could streamline the process. If the goal is to have all UAVs registered, working with the manufacturers to have these aircraft registered either at the point of sale or early on in the UAV entering the market, that is going to assist commercial operators in one way because the hope is that they won’t have to go and do this again. Whether that is actually what is being contemplated remains to be seen, but I would hope that’s the case,” said Fraidenburgh.

The current commercial UAS registration system is based on the manned aircraft registration process. But unlike manned aircraft, Fraidenburgh believes recreational operators should be subject to the most scrutiny, as they are likely to be the least educated as to the risks of unsafe flight.

While much remains to be seen as to how the regulation will manifest itself, more is likely to come to light in near term months, as Secretary Foxx has instructed the task force to deliver its report regarding appropriate safety recommendations by Nov. 20.

How an Emirates A380 Captain is Using PBN to Improve Flying 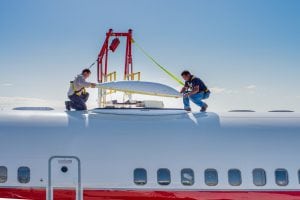 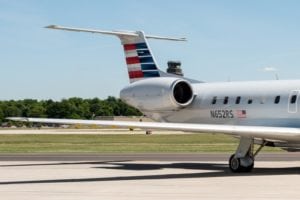