In addition to the new engines, Bombardier has begun installation of the wiring harnesses and functional test procedures on FTV1. A second flight test vehicle (FTV2) is in final assembly with major structural components joined such as the rear, center and forward fuselage sections, and cockpit. Two additional flight test vehicles are in various stages of production and assembly.

Other development milestones include: the Integrated Systems Test and Certification Rig (ISTCR) has been commissioned and safety of flight testing is underway; the avionics System Integrated Test Stand (SITS) rig has been installed at the Toronto site, and the Global 7000 Complete Airframe Static Test (CAST) rig has been commissioned. These comprehensive test articles will ensure the maturity and reliability of the aircraft’s structure and systems throughout the flight test program and before entry-into-service. 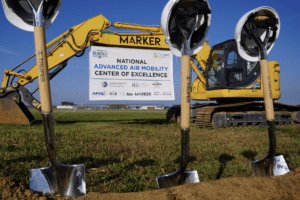