[Avionics Today 08-07-2015] Gogo brushed off the recent contract loss to ViaSat for 10 aircraft in Virgin America’s fleet during its second quarter conference call Thursday, touting its latest contract win to supply GOL airlines’ fleet with 2Ku connectivity and turning to plans to implement its satellite option worldwide. While the company saw record quarterly revenue of $121.2 million, up 22 percent over the second quarter of 2014, Gogo Chief Financial Officer Norman Smagley was cautious to pump up forecasted profits in the wake of upcoming Research and Development (R&D) costs.

“We’re expecting a significant increase in engineering expected in the second half of the year, particularly for [Supplemental Type Certificates] STCs related to 2Ku launches with our airline partners and NextGen [Air-to-Ground] ATG development as we look toward that technology,” said Smagley.

The company has high hopes for its satellite solution, for which it won the first two certificates necessary to fly 2Ku on its own Boeing 737 flying lab aircraft during the quarter. With 2Ku on track to launch during the second half of this year, several airlines have already signed on for the solution, including Brazil’s GOL, which has plans to equip its entire 140-aircraft fleet as well as Delta Air Lines, which will begin installing nearly 250 narrow-body aircraft with the solution starting in early 2016.

Despite these wins, Gogo recently saw a loss to ViaSat from Virgin America. The U.S. airline opted for the hybrid Ku/Ka satellite solution over Gogo’s 2Ku for its aircraft flying routes to Hawaii in favor of an option that was available for line-fit connectivity. Gogo CEO Michael Small didn’t make much of the loss, however.

“Since we announced 2Ku, we have sold over 500. In that time period we’ve seen 10 aircraft sold by the competition, so we think 2Ku is winning in the marketplace,” said Small.

Gogo may be on the way to remedying this issue and is increasing expenditures in order to certify 2Ku as a line-fit solution for both Boeing and Airbus. These expenditures are also factored into the R&D costs for next year, as the company anticipates a long road to certification.

“The timelines are long inherent to the process of getting into the factory at Boeing and Airbus, they cannot afford any vendor slowing down the process so it’s rigorous. We’re well underway,” said Small.

As 2Ku enters the marketplace, Small believes it will open up In-Flight Connectivity (IFC) installations to the rest of the world in what has traditionally been a North American playing field. The company installed 105 new aircraft during the quarter in North America alone, with only 32 commercial installations in the Rest of World (ROW). That brings the number to just fewer than 2,250 aircraft flying with Gogo in North America, and 148 internationally. With the North American marketplace mostly spoken for, Gogo is hoping 2Ku will shift the demographic as well as be able to offer higher revenues, as international aircraft will equip with satellite-based connectivity and therefore have more capacity.

“Ultimately, [Average Revenue Per Account] ARPA is driven by the amount of bandwidth you have and we’re going to be putting higher bandwidth solutions in the rest of world than our second generation technology instead of first generation technology, so ARPA will be fine as far as we’re concerned in the rest of the world, even superior to what we’re seeing in the U.S.,” said Small.

With 2Ku on track to launch soon, the solution couldn’t come fast enough as the company begins to see congestion for its ATG solutions. In response, Gogo has begun to up pricing in order to lower take rates and control congestion in its networks.

“As revolutionary as it was at the time, our ATG network is now congested. On top of that, the addition of regional jets has added pressure to that network. As expected, these constraints slowed ARPA growth relative to prior quarters in CA-North America,” said Small.

Small expects the transition of Delta’s long-haul domestic planes to 2Ku beginning mid-2016 to relieve much of that pressure. Until then, the company will continue to suppress take rates through increased prices for planes operating on the ATG network.

“We know more capacity is coming in 2016 and, until then, ARPA growth is expected to moderate in order to get us through our current network congestion,” Small added. “Bringing 2Ku to market this year is critical.” 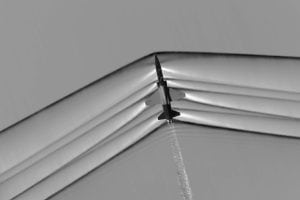 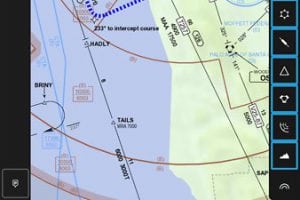