The TFD-8601 LCD is a plug-and-play replacement for legacy CRT units and provides the aircraft with a flexible platform that can accommodate NextGen capabilities, according to Thomas Global Systems CEO Angus Hutchinson. The system received its Supplemental Type Certificate (STC) for the SAAB 340 last month.

“This innovative cockpit solution is a replacement for the Rockwell Collins EFD-86 CRT unit, which is used on a range of regional and corporate aircraft including SAAB 340, Embraer EMB-120 Brasilia, Beechcraft King Air, Dassault Falcon, Gulfstream, Hawker, and Learjet. It is 50 percent lighter than the comparable CRT display, with significantly higher reliability and lower power consumption,” said Hutchinson.

Rex’s General Manager of Engineering, Dale Hall, said that the system is the result of Rex’s search for an avionics display system that could respond to the regulatory and technological challenges over the next decade. 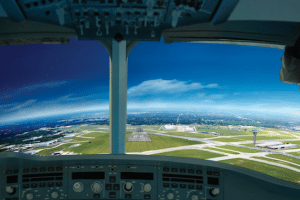