Europe Has Room for Expansion With EGNOS

[Avionics Today 05-12-2015] The European Global Navigation Satellite Systems Agency (GSA) hosted the first-ever European Geostationary Navigation Overlay Service (EGNOS) flight event to demonstrate how satellite-based navigation procedures are improving air travel across Europe. European officials, engineers and pilots from Airbus demonstrated the use of EGNOS for landing procedures with an ATR 72-600, which featured a re-configured cabin allowing the invite-only attendees to see how the aircraft used the technology. GSA Executive Director Carlo des Dorides, speaks to media at the EGNOS flight event in Toulouse, France. Photo: GSA.
During the flight demonstration, the ATR regional jet took off from the Blagnac Airport for a short trip around Toulouse, France. Then, it returned to the landing strip to demonstrate an EGNOS landing, which appears on the cockpit display units to be very similar to a Cat I ILS landing. The difference occurs with the increased precision and accuracy provided by EGNOS.
EGNOS is a network of 40 reference stations in more than 20 countries throughout Europe that pick up signals from GPS satellites that are then processed in Master Control Centers (MCCs). Signal accuracy is determined and any errors, such as those caused by electrical disturbances in the atmosphere, are corrected and sent to three geostationary satellites. The satellites then relay the signals back to the EGNOS-enabled GNSS receivers to provide better accuracy than would be achieved through GPS alone. EGNOS was first certified for civil aviation in 2011 and is effectively the European version of the Wide Area Augmentation System (WAAS), which is used for similar purposes by airspace users in the United States.
"Four years after the certification, EGNOS, Europe's first satnav system, already has a good success story to tell. EGNOS delivers continuous integrity protection in compliance with [International Civil Aviation Organization] ICAO standards, allowing Cat I approaches with over 99 percent availability. The introduction of EGNOS approaches in aviation is part of a wider strategy for Performance Based Navigation, which is a priority for ICAO and the European Air Traffic Management (ATM) master plan," said Carlo des Dorides, executive director of the European GNSS Agency. "Today 142 airports across Europe are benefitting from EGNOS, and the number is growing steadily."
However, the GSA would like to see that number increase more rapidly, with more airports taking advantage of the benefits of EGNOS. For this purpose, the agency is featuring the slogan "EGNOS: It's there. Use it” on their promotional materials for the event.
Martin Robinson, senior vice president of the International Council of Aircraft Owner and Pilot Association (IAOPA), pointed out the stark differences in the use of WAAS in the United States versus the use of EGNOS in Europe. The wider use of WAAS can definitely be attributed to its earlier implementation through the U.S., which was completed in 2003. Robinson still believes Europe needs to greatly accelerate implementation and adoption of the use of EGNOS, especially at smaller General Aviation (GA) airports where IAOPA members often face greater terrain challenges that could be addressed using EGNOS landing procedures.
Despite the earlier deployment of WAAS in the U.S., the sheer number of WAAS approaches in use today in the U.S. versus the use of EGNOS in Europe is staggering. There are also a much greater number of aircraft flying in both airspaces today that are capable of WAAS and EGNOS approaches than there were in 2003 because more aircraft are rolling out of production factories line-fitted with WAAS- or EGNOS-enabled avionics.
"When you look at the cost of implementing an ILS, the business case goes completely out the window for a general aviation airfield. Hopefully, what EGNOS will do is make that much more affordable," said Robinson. "My understanding is that in Europe there are 111 airports that are benefitting today from EGNOS, with 171 LPV and 86 BARO approaches which have been certified. However in the United States, there are around 15,095 aerodromes, of which just under 5,200 have paved runways. As of April 2015, 3,534 WAAS approaches have been listed by the FAA as providing LPV approaches into 1,725 airports. So I think we'll all agree there is some room for expansion in Europe."
Gian Gherardo Calini, the head of market development at GSA, said the agency has released its 2015 call for proposals to support EGNOS adoption in aviation. Under this initiative, GSA will be issuing more than $6 million in grants to foster the implementation of EGNOS-based operations, including Required Navigation Performance Approach (RNP APCH) to Localizer Performance with Vertical guidance (LPV). These grants will also be applied to aircraft or rotorcraft forward-fit and retrofit programs. The deadline for applications for grants is Sept. 15, 2015.

"If we get our aviation policy right, there is definitely room for expansion," said Robinson. "Europe still lags behind the United States and there's definitely room for some growth. EGNOS will provide greater access [to airports] throughout Europe and will improve safety, but we need to be quicker to realize some of those benefits." 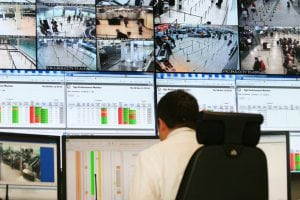 Editor's Note: Consequence of a Tragedy