[Avionics Today 02-05-2015] The International Civil Aviation Organization (ICAO) has proposed the adoption of a new aircraft-tracking standard based on discussions among civil aviation authorities, industry and delegates at the 2015 High Level Safety Conference (HLSC). The suggested standard is based on performance and involves operators and Air Navigation Service Providers (ANSPs) using existing and planned technologies and procedures. ICAO is proposing a new aircraft tracking standard, based on discussions that occurred at its High Level Safety Conference this week. Photo: ICAO.
Under the performance-based tracking standard, ICAO is recommending that aircraft flying in remote areas not covered by air traffic radar surveillance are required to report their position every 15 minutes. The International Air Transportation Association (IATA) Aircraft Tracking Task Force created last year, noted in its report that tracking over remote and oceanic airspace can be achieved through existing means such as onboard Automatic Dependent Surveillance-Contract (ADS-C) technology, as well as space-based Automatic Dependent Surveillance-Broadcast (ADS-B) and other connectivity solutions.
"The 15 minute standard is very much based on current technology," Cyriel Kronenburg, vice president of sales and marketing at Aireon told Avionics Magazine. Kronenburg, who attended the conference, said that discussions weighed the positives and negatives of the ADS-C aspect of the proposed performance-based standard, as well as the future global coverage an inexpensive benefits of space-based ADS-B.
"ADS-C is a satellite connection that an aircraft has with some of its internal systems that relays the aircraft position back to air traffic control once every 15 minutes or once every 10 minutes," said Kronenburg. "In the case of Malaysian 370, that aircraft was equipped to ADS-C but was not subscribing to the service, because it’s a subscription-based service that costs a lot of money to the airlines. What ICAO is basically recommending is to make that a standard for all aircraft in all operations around the world."
Aireon's space-based ADS-B service, with the full 66 satellite constellation network scheduled to become operational in 2017, saw support from a working paper submitted on behalf of civil aviation authorities in Canada, Denmark, Ireland and Italy. All four countries are looking to use the service to improve aircraft tracking in oceanic airspace covered by their air traffic controllers once it becomes operational, Kronenburg said.
Inmarsat also showed support for ICAO's proposed 15 minute aircraft tracking standard, especially the ADS-C component. The mobile satellite communications provider has been supporting ADS-C surveillance services over the last two decades, and has the ability to adjust the service to meet the 15-minute tracking standard for air traffic control service providers that ICAO is proposing.
"There are some parts of the world that might only take a position report from the aircraft every hour. An aircraft that is flying at some 59 minutes for 6 or 7 nautical miles a minute it can go a long way before an airline detects that it is under distress or not operating properly," Stephen Angus, senior director of global policy, safety and operational services for Inmarsat, told Avionics Magazine. "Bringing it to 15 minutes reduces the margin for error in trying to determine where the aircraft is. ADS-C can be adjusted to any time rate. It can be reduced to one-minute position reports if that is required when ICAO makes its final announcement. We’ve got the capacity and the flexibility in the system right now to be able to deliver on the kind of expectations that we believe ICAO is looking for."
While ICAO has proposed the new standard this week, the organization has not yet adopted it as an official global performance standard. According to a presentation made by the ICAO Secretariat on the second day of the conference, the organization plans on sending a state letter defining the technological and performance details of the standard in March. Adoption of the new flight-tracking standard is expected in November, followed by application in November 2016. ICAO also plans on consulting with RTCA and Eurocae to develop implementation requirements for the future.
Matt de Ris, senior project manager with Panasonic Weather Solutions who also attended the conference, said he believes that a performance-based approach to the new aircraft tracking standard is the best approach because it gives airlines and regulators a wider range of options to choose from to become compliant.

"If you stipulate a performance in which an aircraft system such as ADS-C needs to adhere to rather than stipulating the actual technology, then you’re going to get a wider range of options. In general, the industry will be served better with a wider range of options allowing them to choose what’s best for them as long as they’re compliant," said de Ris. "I think its important for whatever comes out of this high-level safety conference and the evolving standard that is going to come out of it, the [Standards and Recommended Practices] SARPS they’re looking to issue later this year, is that it be performance based." 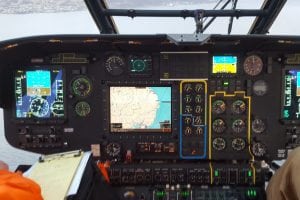 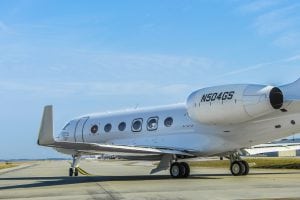