[Avionics Today 02-04-2015] As the company enters into 2015, Northrop Grumman’s aerospace sector is seeing exciting growth overseas, and is looking to gain a better footing for domestic growth. During the recent fourth quarter 2014 conference call, Northrop Grumman CEO Wes Bush noted that 2014 international sales increased 20 percent across all sectors, with a particular rise in aerospace. The company expects international revenue to continue ballooning through the coming year resulting from increased demand for unmanned and manned aircraft.

“We expect international revenue to grow to approximately 15 percent of sales in 2015, as our footprint continues to expand and demand grows for our unmanned and manned aircraft, electronics, cyber, sustainment, and other offerings,” said Bush. In the last year, the company has seen demand for Unmanned Aircraft Systems (UAS) sweep through the Asia-Pacific as the Republic of Korea contracted Northrop Grumman to deliver four RQ-4 Global Hawk UAS. Japan also selected the same UAS to fulfill its high-altitude Intelligence, Surveillance and Reconnaissance (ISR) missions.
The demand for unmanned, though growing exponentially, is still less than that for manned systems and contracts such as that with Japan for the E-2D Advanced Hawkeye for its future advanced early warning and battle management missions. Northrop Grumman also expects demand for the F-35 to keep international sales of manned aircraft strong.

“The international side of this is exciting in aerospace,” Bush said. “There are many of those opportunities, both domestic and international that we are addressing in our aerospace business … we are beginning to see around the globe with our unmanned systems, the Global Hawk contract with Korea, the type selection of Global Hawk by Japan, the strong interest in Triton that we’re seeing in several countries now. Those are very exciting opportunities in front of us.”

While the international market is alive and well, the domestic market is floundering for one of the nation’s largest aerospace and defense manufacturers, mainly due to sequestration. Domestically, the company predicts only about 4 to 5 percent growth, hampered mostly by what Bush sees as mindless cuts due to sequestration.

“The point I think is really important to understand is the sequester mechanism that is embedded in the law [which] requires that the budget cuts that come with it are across the board and apply on a percentage the same to each of these line items, if you will. And that removes the flexibility of the department to manage the core structure, to manage its operations, to manage all of the things that it has to mange in a rational way. No reasonable person managing a budget having to take money out of the budget would say we cut everything the same. That’s a disabling approach to managing things,” said Bush.

President Obama’s newly released $4 trillion national budget called for the end of sequestration and the return to increased military and domestic spending through upping taxes on the wealthy. In a speech at the Department of Homeland Security, President Obama referred to the sequester cuts as  “mindless austerity,” noting that it is “bad for our security, and bad for our growth.” He calls for a return to more focused cuts and investments, from which aerospace companies working with the Department of Defense and other government bodies could reap the benefits. The bill, as is, isn’t expected to pass in the Republican-controlled congress, however, leaving companies to wonder how exactly the spending budgets will pan out.

For Northrop Grumman domestically, Bush believes there are a variety of programs on the horizon that could offset the domestic crises that the company, along with many others that cater to government entities, are still seeing. This includes a ramp up in F-35 production that will help lift the top line as well as a competition for the Long Range Strike-Bomber (LRS-B) program from the Air Force. Winning the LSR-B against Boeing and Lockheed Martin to produce 80 to 100 of the bombers, at an estimated $550 million per aircraft would be a huge bump for the company.

Still, if the across-the-board government spending cuts known as sequestration ends, Northrop Grumman and aerospace companies alike could see more structured and fluid growth in coming years in the domestic market as well as international sales.

“If we don’t get this thing fixed, it could be ugly,” said Bush. “We’ve got to get [sequestration] fixed for the sake of the nation and clearly for the sake of not only the Defense Department, I would also say for the sake of all the other components of the discretionary budget that need to be operating in a rational manner, we need to get back to whatever the number is; we need to get back to a normal appropriations methodology that enables management of our government programs of our government operations.” 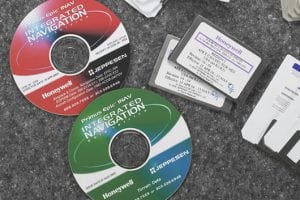 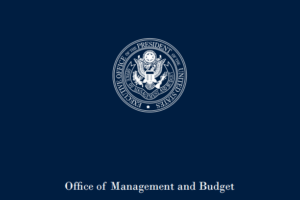