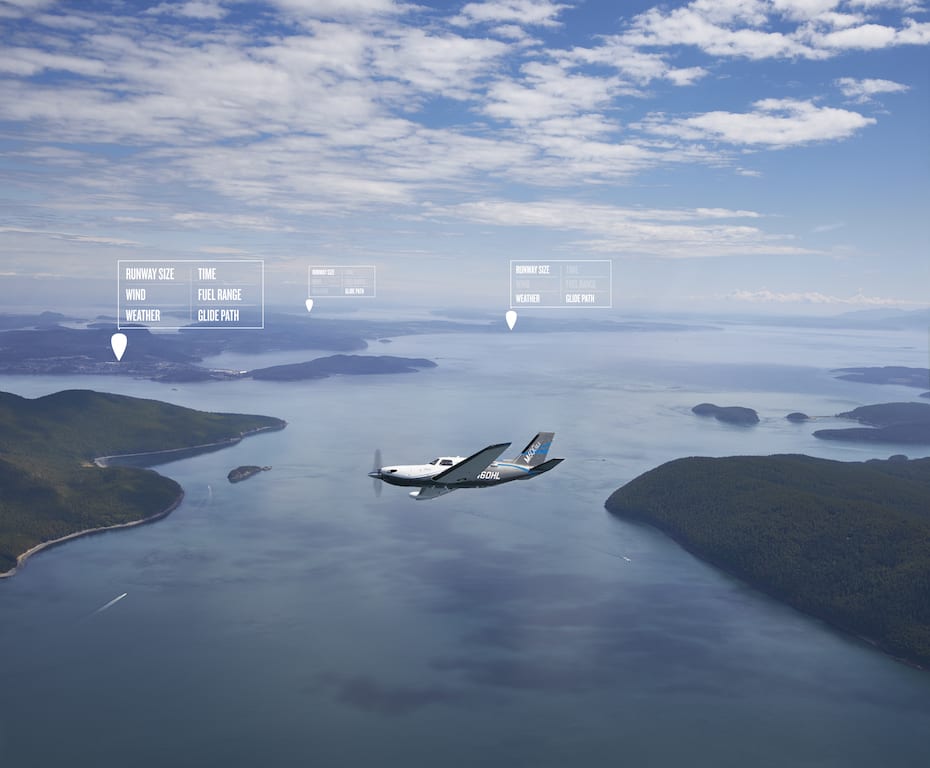 In the event of an emergency, Garmin's new emergency autoland system is capable of taking into account a breadth of information and criteria, including weather, fuel on board, runway surface and length, terrain, obstacles to find a suitable airport to land at. Photo: Garmin

After Federal Aviation Administration (FAA) certification of Autoland, the system will be available soon as part of the G3000 integrated flight deck on the Cirrus Vision Jet and the Piper M600, according to the company.

Autoland "will control and land the aircraft without human intervention," Garmin said. "The Autoland system determines the most optimal airport and runway, taking into account factors such as weather, terrain, obstacles and aircraft performance statistics."

While a literature search indicates some advances in emergency autonomous landing capabilities for drones and rotorcraft, fixed wing appears to have lagged.

Cliff Pemble, the president and CEO of Garmin, said on Oct. 31 that "aviation is forever changed" by the introduction of Autoland.

In an emergency, the pilot or passengers can activate Autoland to land the aircraft by pressing a dedicated button, and the system can also activate automatically, if necessary.  "Once activated, the system calculates a flight plan to the most suitable airport, initiates an approach to the runway and automatically lands the aircraft without pilot or passenger intervention," according to Garmin. 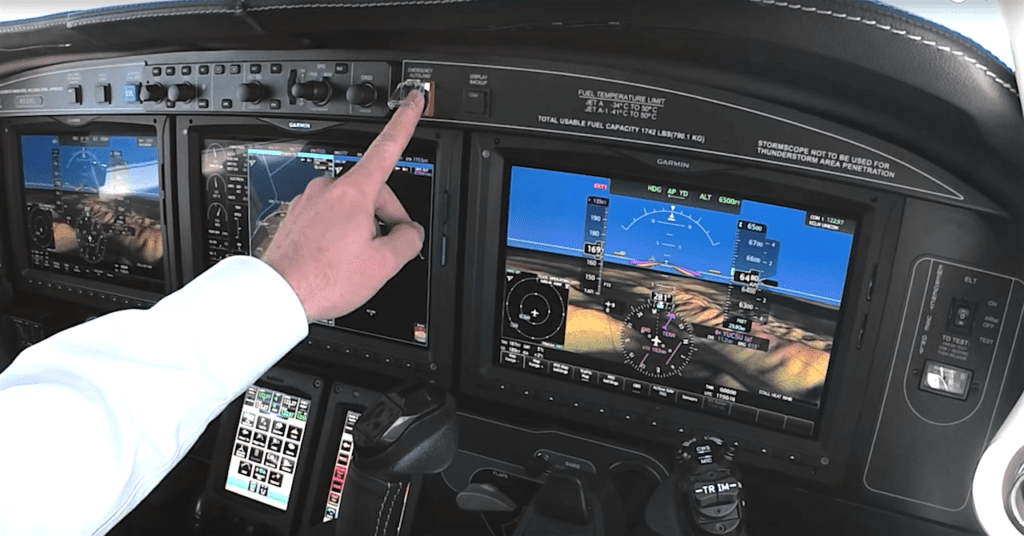 The autoland system is activated by pushing the "Emergency Autoland" button in the cockpit. Photo: Garmin

Autoland is able to analyze factors, such as weather, fuel, runway surface and length, the availability of a GPS approach with lateral and vertical guidance to the runway, terrain, and obstacles, when determining the best airport for landing, the company said.

The system is also able to communicate with air traffic controllers and pilots operating near the aircraft about its location and intentions, according to Garmin.

Autoland is one of three technologies in the Garmin Autonomí family for integrated flight decks. The other two Autonomi technologies are EDM and Electronic Stability and Protection, which is to aid pilots in avoiding unintentional flight attitudes or bank angles beyond those for normal flight. If a pilot inadvertently exceeds pre-determined pitch, roll or airspeed limitations for an aircraft, ESP activates, and the flight controls guide the aircraft back to a recommended flight limit. 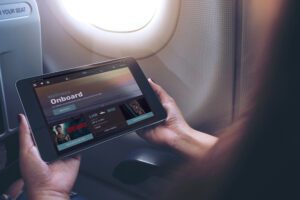 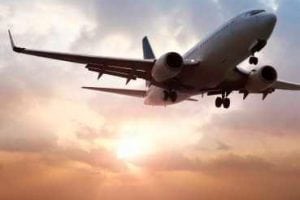