[Avionics Today 1-05-2015] Eight days into the search and rescue mission for AirAsia flight QZ8501, the search operation area has been expanded to the eastern portion of the Java Sea following the underwater current forecast. The search and rescue efforts led by The National Search and Rescue Agency (BASARNAS) Republic of Indonesia continue as previously harsh weather conditions marginally improved.

The AirAsia flight lost contact with Jakarta Air Traffic Control (ATC) on the morning of Dec. 28 en route from Surabaya, Indonesia to Singapore, prompting an extensive search and rescue mission that located debris from the plane in the Java Sea on Dec. 30. A multi-nation, widespread effort to recover the aircraft and the remains of those on board is currently in progress.

In addition, more than 80 deep sea divers have been deployed in order to get a visual confirmation on two large objects — suspected to be part of the aircraft’s fuselage — captured by the sonar device yesterday as well as the aircraft’s blackbox. BASARNAS has also recovered debris such as the emergency exit window, luggage, passenger seats and survival kits, which are believed to be from the aircraft, as well as several remains, which are transported to Surabaya for identification.Ã¢â¬Â¨

The priority of the search is now on deep sea diving in the area where the aircraft body is said to be located, AirAsia reported. BASARNAS also confirms that the mission will be supported by China, who will be focusing on the blackbox search. 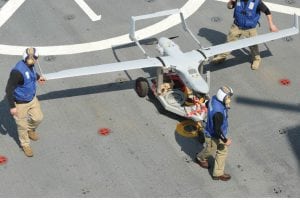