More than 36,000 new aircraft will be delivered worldwide in the next two decades, according to the Boeing 2014 Long-Term Market Forecast. That demand is spurred by both the need to replace aging aircraft and the desire to upgrade to newer, sleeker, more fuel-efficient models coming onto the scene such as the Boeing 787 Dreamliner or the Airbus 350 XWB. These eco-friendly airliners can promise 15 to 20 percent fuel savings over many of the older models flying today, prompting some airlines to make the switch sooner rather than later.

But with new aircraft models comes new technology, and Maintenance, Repair and Overhaul (MRO) companies have to work out a way to effectively and efficiently service these to ensure their airworthiness. Combined with initiatives such as mandated technology equipage for the Federal Aviation Administration’s (FAAs) NextGen project and a burgeoning connected aircraft market, third-party maintenance companies and airlines will have to work together to effectively manage the influx.

New aircraft have the ability to provide stunning and state-of-the-art technological advancements that aim to make technicians’ jobs easier and more effective when servicing aircraft. A prime example of this is the latest reporting systems installed on new aircraft models, which open greater channels for planes to convey data beyond what the traditional Airport Communications Addressing and Reporting Systems (ACARS) could provide.

“The trend has been with the information capability that the newer aircraft have. I know that years ago, when the 777 was introduced, it had a tremendous amount of data that can be provided by the airplane to the airline in regards to health monitoring of various systems. The 787 and 737 Max will have similar capabilities and that amount of data,” says Kent Horton, director of engineering at Southwest Airlines, who will be the launch customer for the Boeing 737 Max.

This new data — offered through satellite communications or high frequency data links, among others — spurs opportunity in the MRO sector to more effectively manage aircraft alongside the ability to get it to a service station before a problem occurs. By using the data systems, technicians can set thresholds to monitor aircraft systems and, when surpassed, alert the maintenance technicians to an issue, ideally before the issue even occurs.

“The ultimate goal is to get reports on almost ‘broken’ components in flight and have the component available at the destination without delaying the flight,” says Gijs van Rooijen, product sales director of components for Air France Industries KLM Engineering & Maintenance.

While there’s huge potential to improve aircraft maintenance operations in the future with this flux of data, the high volume of information also presents a hefty problem for MRO companies.

“The challenge is to take that data and turn it into useful information and knowledge to improve the operations, make the operations more efficient, improve dispatch reliability and to ultimately do good things for our customers who are flying on our airplanes in terms of performance so there are fewer flight exceptions,” Horton says.

As to how Southwest and airlines like it will address the data overload issue, however, Horton knows it will take time and practice to tackle. “Given the breadth that we’re going to be looking at with this information, it’s best to handle it with the approach of a pilot program. We can’t take the big-bang approach and turn it all on at once across the entire system and expect to be able to handle it. We have to be very targeted and work on some small scale things initially and then branch out,” he says.

As passengers come to expect constant connectivity, even at 30,000 feet, operators are equipping to provide airborne Wi-Fi access. With a variety of systems and providers on the market, however, it can become complicated for MROs to determine how to troubleshoot each device or connection.

“There is a wide range of connectivity systems being used by different airlines. Each carrier has its specific [In Flight Entertainment] IFE connectivity and this is a challenge for MRO maintenance services due to the different systems available,” says Adolfo Gordo, head of sales at Iberia Maintenance, a third-party MRO company headquartered in Spain that performs work for both airline carriers such as Cathay Pacific Airways and manufacturers such as Airbus.

Other issues exist as well, particularly with satellite systems that don’t test well on the ground in bad weather or with poor-line-of-site to satellite networks.

“Technicians have to be able to determine if it is a faulty component or a satellite issue. This can be a tricky and costly effort. You can spend hours or days changing components or moving an aircraft just to find out that the third party vendor who operates the satellite was doing something that was interfering with your testing. We have seen that as soon as these systems are powered up, they will automatically start downloading new software. The technicians would never know it and it can cost valuable time in turning aircraft for airlines,” says Michael O’Callaghan, avionics manager at Aviation Technical Services (ATS), a comprehensive MRO company based in Everett, Wash.

At Southwest, the airline’s connectivity provider Global Eagle Entertainment (GEE) has managed to somewhat solve these connectivity issues through its Chicago-based operation center that remotely tracks the performance of a connection at all times.

“As a fault in a component is detected, they will troubleshoot and isolate and then coordinate with our maintenance operations center who will, in turn, set up a time and place to go and replace a component if it has failed or troubleshoot if necessary,” Horton says.

As companies go about finding ways to solve the issues with connectivity, expanded wireless and portable access to Internet may also provide an opportunity for maintenance techs to troubleshoot aircraft health systems from the palm of their hand in the future. With IFE systems becoming more cellphone and tablet-based, mechanics can harness that Wi-Fi access to monitor aircraft health systems. “In the not so distant future, technicians are going to be able to troubleshoot the aircraft by logging in from a remote laptop or mobile phone,” says O’Callaghan. “They will be able to see the entire aircraft and order parts before getting onto the aircraft.”

As the NextGen Jan. 1, 2020 Automatic Dependent Surveillance — Broadcast (ADS-B) Out mandate deadline approaches, air carriers are beginning to get serious about equipage. “We’re getting ready now to ramp back up for the next big push for airplane equipage in terms of NextGen and it’s primarily in terms of the ADS-B Out program,” says Horton.

Southwest will begin ADS-B equipage in the 2016 time frame in the hopes that no additional downtime will be required for the fleet. “Our plan is to get started on that early enough that we can incorporate those modifications in our routine visits. We should not incur any additional ground time or down time if we stay out ahead of it,” Horton continues.

While Southwest and airlines like it question how further NextGen initiatives such as ADS-B In could come to effect their operations, and what it will look like if it does, the focus is on the gains the program can offer in exchange for investment.

“The main thing that we want to see are benefits for ADS-B Out recognized and implemented. A lot of that is very dependent on the Air Traffic Control system to leverage the capability that ADS-B provides and to maximize the benefit there, primarily with aircraft spacing,” Horton says.

Regardless of benefits, the mandates are bringing aircraft back to the line and influencing an uptick in MRO work. “For operators who have to retrofit [to equip] we’re seeing more installations for sure,” says Dave Diggle, vice president of marketing sales and service at Premier Aviation, a Canada-based MRO that provides maintenance work to carriers such as Air Canada and West Jet. “OEMs are producing airplanes at the factory that have current requirements already embodied. Regulatory demands are driving the retrofit of existing fleets.”

Partnerships between third party MRO companies and airlines are becoming ever more important as NextGen equipage starts to bulk up, new aircraft enter the market and maintenance work picks up as a result. “More airlines are outsourcing work to MROs. They are finding they get a quicker turn time with lower cost,” says O’Callaghan of ATS. Due to the cost benefits of outsourcing, smaller carriers and low cost airlines in particular prefer to have third party companies perform maintenance services rather than form an in-house element of their business, which can be pricier, says Iberia’s Gordo.

But cost is far from the only benefit. Airlines with in-house maintenance operations leverage third-party companies as well, which can help supplement the workforce in times when a steep uptick in maintenance work is necessary, but also temporary. “Having that blend of capability has been a key ingredient to success because you can scale up very quickly and handle your peak demands if you have a peak of maintenance activity,” says Horton. “That’s when you can leverage the outside, third party entities to deal with those while maintaining a steady stream of work for your in-house labor, which allows us to avoid overstaffing or laying off our employees.” Every upswing in labor tends to be followed by a downswing, explains Horton, and companies don’t want to overstaff only to have to cut back on staff afterwards when there’s not enough work on hand.

Southwest prefers to keep some work in-house to allow the company to respond more quickly and understand the needs of the fleet more intimately, but when it comes to scale and volume, outside MROs can help bolster efficiency.

As systems become more complicated and airspace more crowded with newer, shinier aircraft, however, all parties agree that it will take all hands on deck to keep aircraft in the air from here on out.

Juliet Van Wagenen is the junior editor for Avionics Magazine. 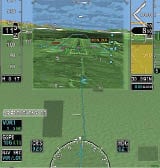