[Avionics Today 11-10-2014] Saab and Sweden’s Air Navigation Service Provider (ANSP), Luftfatsverket (LFV), have teamed up to provide the world’s first remotely controlled airport via a Remote Tower System (RTS) at the Örnsköldsvik Airport in Sundsvall, Sweden. The system, which has recently received final operational approval from the Swedish Transport Agency, works with a group of cameras and sensors deployed at the airport, which provides real-time data to the Remote Tower Center (RTC), about 62 miles away in Sundsvall.

According to Ken Kaminiski, general manager of Saab Air Traffic Management (ATM), the RTC uses multiple video displays for a 360-degree view of the airfield along with input devices and other tools that provide the same functionality as those in use at the airport’s tower.

“Installation of the sensor suite and RTC typically costs much less than building a tower and also offers the possibility, in the future, of providing services to more than one airport from a single RTC location,” Kaminiski said, noting that Saab has been working to develop the technology for more than eight years, after LFV approached Saab with the hopes the company could help the airport institute the remote tower concept.

Saab then used new technologies, such as high-definition fixed cameras, controllable (pan-tilt-zoom) cameras, video compression and encryption along with remote control of airfield lighting to effectively implement the remote tower operations. It wasn’t all smooth sailing, however; the company faced both technical and practical challenges, from ensuring cameras could operate in all weather conditions to changing the way people think about providing air traffic services.

“While the technical challenges weren’t insignificant, it took some time for people to accept the concept. But when controllers and others in the industry see the remote tower center arrangement, they quickly become believers in remote towers,” said Kaminiski.

But it doesn’t look like remote towers will become the norm anytime soon. The National Air Traffic Controllers Association (NATCA) believes there are still some concerns facing the system.

“The concerns are still present, reference the ability to observe small aircraft at the same distance as you would in a regular tower out the window,” said Dale Wright the director of Safety and Technology at NATCA. “NATCA is also concerned with the present display that compresses 360 degrees of view into approximately 210 degrees. In a tower, now the controller has 360 degrees view and when an aircraft is behind a controller that gives them a true reference. In the remote tower the aircraft will appear at the controllers 2 o’clock position of view but it would actually be behind them if they were in a tower cab. “

Wright makes it clear that NATCA doesn’t see these issues as drawbacks, and that controllers in the U.S. will tackle these issues as they come, since its ATC system differs greatly from the one in Sweden.
This first success provides a model for other countries, and Kaminiski says Saab is hoping the regulatory agencies in the rest of the world will take much of the regulator work accomplished in Sweden into consideration. This includes Norway, where Saab currently has an ongoing project, as well as air services in Australia, which has conducted a non-operational evaluation of the Saab technology.

The services are expected to go live in the first quarter of 2015 after which the RTS concept may very well come to revolutionize the ATC system worldwide, but perhaps on a smaller scale.

“NATCA believes the landscape of ATM operations may indeed change if remote towers were certified for use in the United States,” said Wright. “It would open up a new option for small communities that need air traffic services.” 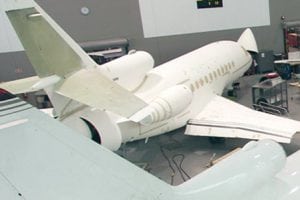