“[National Aerospace Week] is a good opportunity to draw attention, nationally, to a critical, cutting edge industry that supports so much when it comes to economic competitiveness, national security and the prospects for tomorrow like the space exploration,” said Donald Forest, chief operating officer of the Aerospace Industries Association (AIA), which oversees National Aerospace Week and organizes events in Washington, D.C. to support it.

While there’s no doubt that the aerospace industry is booming, supporting millions of jobs and representing $110 billion in export sales a year, according to Forest, the AIA feels that recent budget cuts and sequestration are diminishing the importance of the industry. Now in its fifth year, the National Aerospace Week, dedicated to raising awareness and debate throughout aerospace companies and lawmakers alike, hopes to mitigate what Forest sees as “a very serious impact from budget cuts on our industry.”

“We’re very focused on the budget, where sequestration is, and how that’s going to move forward. We’ve seen, under sequestration and the Budget Control Act, how the cuts are being introduced and scaled in year-to-year,” said Forest, who notes that there have been cuts across government organizations like the FAA, NASA and the National Oceanographic and Atmospheric Administration (NOAA).

However, Forest believes that America’s current security situation might be helping to turn around these kinds of cuts by creating an urgent need for the programs and development that these organizations support. “Congress recognizes that America needs a strong aerospace and defense industry in order to counter any opposition that we face in the world,” Forest added.

And while continuing the conversation through National Aerospace Week keeps the importance of advancing technology and the industry on the minds of Congress members and civilians alike, Congress’ support is a huge part of what makes the week so important.

“Whenever you can get a joint resolution from members of Congress to recognize an industry and what it does, that’s a win. And it demonstrates that there’s bi-partisan support,” said Forest. “This goes along with the support we’ve received from the executive branch and shows there is no dispute about the importance of this industry.”

With the events surrounding National Aerospace Week organized in Washington, D.C., Forest notes that while the turnout is mostly civilian, there’s also a very good cross section of government employees involved, with members of commerce, state government, and the FAA attending events such as the NextGen Institute conference on Thursday.

“We want to draw attention to the importance of the program and how the benefits span across multiple areas of aviation — and the most important part is the travelling public being able to arrive more safely, more efficiently, using less fuel and, overall, just benefitting from transportation,” said Forest.

And, while the road for NextGen and many other programs has yet to be decided, National Aerospace Week promises advancement in debate while fighting for the future of similar programs and, hopefully, warding off future budget cuts. 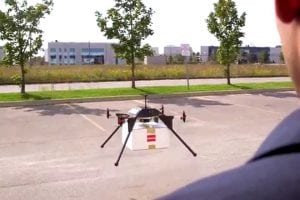