The Houston project is part of the FAA's goal under NextGen to improve the way aircraft use flight routes and access airports at 13 Metroplexes throughout the entire National Airspace System (NAS).  FAA officials define a Metroplex as a system of airports in close proximity with shared airspace serving one or more major cities.
Optimization of Airspace and Procedures in the Metroplex (OAPM) in the Houston Metroplex will impact a number of airports, including David Wayne Hooks Memorial (DWH), William P. Hobby (HOU), George Bush Intercontinental (IAH), and Sugar Land Regional (SGR).
Among the new procedures include the following; 20 new Area Navigation (RNAV) Standard Terminal Arrivals, 20 new RNAV Standard Instrument Departures (SID), six new conventional STARs and 6 modified Instrument Landing System (ILS) transitions, among others.
The FAA estimates the new procedures will result in an annual fuel savings of $9.2 million for aircraft flying in the airspace, three million gallons of fuel saved per year and 31,000 metric tons of carbon savings annually.
So how will pilots be able to take advantage of these new procedures? According to Jeff Woods, National Air Traffic Controllers Association (NATCA) National OAPM Study Team Lead, there will be more "predictable routing in and out of the affected airports, there's a reduction in level loss."
"Traditionally there was always an altitude right at the en route structure going into the terminal structure, there was always an altitude there of say 12,000 feet. There was always one altitude that the center structure would always have to have them at, and the TRACON controllers would take them at that altitude," said Woods.
Woods said the new procedures will take that "level off" concept out of the equation at the affected airports, and allow pilots to use much more fuel efficient landing procedures.
The FAA estimates that in 2013, the total combined number of commercial, General Aviation (GA) and military operations in the Houston Metroplex was just under 3,000 per day.
"This is reinforcing that mentality of a profile descent where the pilot can just pull the throttles back and let the aircraft just float down to the airport instead of having a level off and force the pilot to increase power. So if they can just keep the throttle a little bit idle, then the airplane just floats down to the designated altitude and that’s obviously more fuel efficient," the NATCA team leader added.
Completing the Houston OAPM Metroplex project took a little over three years, with delays resulting from a government shutdown in the fall of 2013 and cuts to the FAA's operating budget under sequestration.
The only remaining difficulty will be Air Traffic Controllers (ATCs) looking to assign aircraft to the new routes, because they will be some aircraft equipped with avionics to fly them and others that are not. However the benefits will be long lasting, and will serve as a model for other Metroplex airspace modernization projects around the nation that are still in the implementation phase.
"This is paving the way for how the next generation of air traffic controllers will work," said Woods.  "PBN is a new way of doing business.”

This is a living process.  As design criteria, decision support tools and separation standards evolve so should the procedures."

Time to Rethink UAS in the US 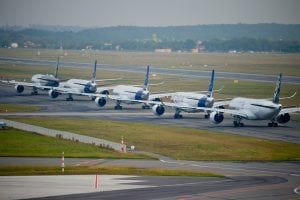 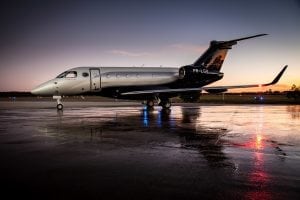