FAA is decommissioning connections that use the outdated X.25 network. Once decommission is complete, CMHP will be the only way airlines can access the FAA’s NAS services.

If your airline doesn’t already have an IT strategy for converting your connection to CMHP, consider these five things during your planning.

1. Airlines benefit from using CMHP: CMHP allows for higher bandwidth communications to FAA by eliminating the protocol-induced bottlenecks of the old X.25 architecture. The protocol offers functionality at the application level for assured message-delivery regardless of the number of connections.

CMHP reduces costs and increases reliability. With X.25, airlines ran expensive dedicated circuits into the FAA at Atlanta and Salt Lake City. With CMHP, airlines save the cost of dedicated lines and increase redundancy through four connections each to Atlanta and Salt Lake City. That means if one endpoint goes down, there are seven additional endpoints available to reach NADIN, AFTN, WMSCR and ADAS.

CMHP improves weather and NOTAMs access significantly as well. Flight operations receive upgraded forecasts and real-time weather changes so that decisions can be made proactively rather than after the fact.

2. The CMHP Library is complex: CMHP is a sophisticated, high-level protocol. It impacts how quickly an airline can develop CMHP applications internally. In order to help with development, FAA makes CMHP source-code libraries available under an “as-is” agreement so airline developers can write a CMHP-based application. The decision is whether to develop internally or outsource.

In that decision, airlines must take both the library’s and their own systems’ complexity into consideration. A team of two developers will devote two or more years to study the library, architect the solution and write the necessary code. Cost and time involved with development is a significant factor airlines need to weigh before starting the process.

3. FAA Testing Takes Time and Expertise: Once written, the application must be tested internally. Then the airline must apply for FAA testing. The first test is CMHP conformance, followed by interoperability, and, finally, for maintenance activity that will be initiated with degraded operation.

The three tests can take months. The simple fact is FAA is impacted by budget constraints, sequestration and many other factors outside its control. Crucial CMHP technical experts will schedule tests around other duties. That can take time since only after successful completion can connectivity to the NAS subsystems become operational.

For this reason, consider testing time when planning CMHP implementation. Consultants from companies that already have passed testing may speed the process.

4. Integration Won’t Always Be Easy: Integrating CMHP into an existing corporate architecture based around legacy-dedicated circuits is full of pitfalls. Have a holistic approach to adding CMHP to the existing architecture such that the cutover to CMHP is smooth across all systems that require FAA’s NAS services. CMHP experts can mitigate integration issues early in the process and save time and money.

5. Perform a Make-Versus-Buy Analysis: FAA leads the way in outsourcing aviation communications. Several companies specialize in helping FAA and the airlines accelerate the move to CMHP. Leveraging this technology base is the difference between a successful upgrade and a long development cycle resulting in a financial drain.

Now that you know some implementation challenges, take time to itemize your airline’s costs if you should assign a team of developers to write your application. If they are internal developers, factor in the opportunity costs of holding them from other productive activities for the length of the project.

Then take into consideration the number of companies and airlines that already have studied the CMHP libraries, written an application and moved successfully through testing. Before you start, see if their approved and pre-tested applications are available for purchase.

Make sure to identify and quantify the savings from the dropped dedicated circuits under a faster time to TCP/IP utility as well as the flexibility responsiveness, speed of development, and integration the airline will enjoy.

When you have that information, the feasibility of make or buy for CMHP will become apparent for your airline.

Paul Shreve is vice president of sales and marketing at AvFinity, based in Austin, Texas. He can be reached pshreve@avfinity.com or visit www.avfinity.com. 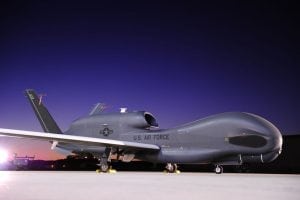