Rep. Paul Ryan (R-Wis.) said he believes the $1.2 trillion sequester scheduled to occur in March is going to happen. Sequestration has the possibility of triggering thousands of job cuts in the U.S. aerospace and defense industries.

Congress recently delayed action on sequestration until March, as part of the fiscal cliff federal budget re-structuring deal. Aerospace Industries Association (AIA) estimates that unless Congress produces a restructured deficit reduction plan by March 1, 2013, an additional $500 billion in spending cuts will be enacted, impacting the nation’s defense spending and funding for FAA and other government programs.

Appearing on Sunday's "Meet the Press," Ryan said that if Mitt Romney had won the election, the cuts would not have occurred.

"If Mitt Romney and I won the election, they would not have happened because we would have gone and worked with Democrats and Republicans in Congress to put the budget on a path to balance and saved defense," said Ryan.

"We have shown how to protect defense spending by cutting spending in other areas. In our budget last year, we did take money out of defense, just not nearly as much as the president seems to want to. But we think the sequesters will happen because the Democrats have opposed our efforts to replace those cuts with others and offered no alternatives," the former vice presidential candidate added.

Several of the largest defense and aerospace manufacturers in the nation such as Boeing, Lockheed Martin and Northrop Grumman have all said that the sequester would impact their companies. Boeing recently announced it would cut 160 jobs in 2014 at a Texas plant that manufacturers electronics for their airframes and other products because of "reduced demand."

A spokeswoman for major aerospace and defense manufacturer Rockwell Collins recently told Avionics Magazine that if sequestration were to occur, the company anticipates it could be forced to eliminate up to 350 jobs. 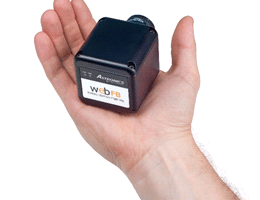