The so-called "fiscal cliff" is casting a large shadow over the U.S. aerospace industry, following an "encouraging" year in 2012, according to Aerospace Industries Association (AIA).

In its annual forecast, AIA projected 2012 sales of $217.9 billion, a 3.8 percent increase over 2011, lead by commercial aircraft sales. AIA President Marion Blakey called the industry one of the “bright spots” of the U.S. economy this year. Blakey also called on lawmakers to resolve the federal deficit reduction plan and avoid the deep spending cuts known as sequestration, that would cut an additional $500 billion from defense spending, in addition to a $487 billion reduction that the Pentagon is currently overseeing.

“The time for clever metaphors has passed. The time for real work, real negotiation and a real solution is now,” said Blakey.

AIA's forecast was calculated based on a formula that did not include the across the board federal spending cuts that will occur if lawmakers are unable to come up with a restructured deficit reduction plan to avoid sequestration, as the trade organization is optimistic that the cuts will be avoided.

Blakey also called for policymakers to pursue a proactive export strategy and give U.S. aerospace companies more exposure to international trade, and promote the export of domestically produced aerospace products on the international stage. Commercial aircraft components and engines accounted for about 88 percent, or $9 billion of the estimated $95.5 billion in total exports of aerospace products for 2012, according to AIA's report. The former FAA administrator believes that more effective collaboration between government and industry can create a more "unified" U.S. export policy.

Additionally, AIA said the continued implementation of NextGen would be critical to ensuring the air transportation system can keep up with increased air traffic and the integration of UAS into the civil airspace.

“At a time when other nations are aggressively promoting their country’s technologies and platforms, the U.S. must update existing control regimes and actively support U.S. companies on the global stage,” said Blakey. More 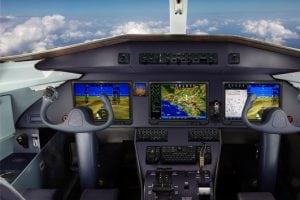 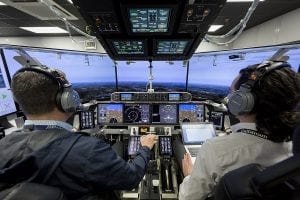