Equipping an airline’s entire fleet with connectivity systems is no simple task.

It’s often a multi-million dollar, multi-year and complex undertaking for airlines trying to keep planes in the air and money rolling in.

Additionally, increasing customer demand for connectivity is putting pressure on the airlines to ramp up installations.

The combined Southwest-AirTran fleet of nearly 700 aircraft is undergoing a major Wi-Fi overhaul. In 2009, Southwest made the decision to begin installing satellite-delivered broadband from Wi-Fi provider Row 44, beginning with the next-generation Boeing 737-700s. Then, in 2011, Southwest acquired AirTran, which has been operating its own Wi-Fi-enabled aircraft with the Gogo air-to-ground connectivity system.

The Southwest Wi-Fi project involves removing old systems from some airplanes and installing new systems on most airplanes, all the while continuing the overall integration of airline operations of two major carriers into one combined airline.

Dave Ridley, the airline’s senior vice president and chief marketing officer, said by the end of 2014, Southwest will have equipped 85 percent or 90 percent with Row 44 Wi-Fi capabilities.

Question: In-flight entertainment and connectivity (IFEC) has become a big growth area for the commercial aviation industry, with many airlines announcing fleetwide installations of connectivity systems. What is the airline management perspective on IFEC — ancillary revenue provider, traffic driver, in-flight perk or all of the above?

Ridley: All of the above. We began investigating this almost five years ago. And it was driven largely from the connectivity standpoint of trying to keep people connected. In the ensuing period of time, it’s just amazing to think about the technology advancements.

When we first started down the road, it was all geared toward Wi-Fi-enabled laptops, which weren’t even ubiquitous at that point; not every laptop you bought was necessarily Wi-Fi-enabled and of course the robust cell phone/mobile market was also relatively infant. But we started basically with a desire to bring connectivity to the aircraft, but within short order, it became more and more clear that the technology that we would use to provide connectivity easily transitioned to in-flight entertainment as well.

Ancillary revenue, traffic driver, in-flight perk, that it all to be determined, but those are all objectives that could come about from having a robust connectivity system.— Dave Ridley

Q: Passenger entertainment technology is constantly evolving. How closely do airlines pay attention to the trends in the consumer electronics market? How does that play into the airline’s IFEC strategy, and how do you manage the evolution to make sure your systems are still compatible with what consumers are bringing onboard?

Ridley: Not that historical perspective matters at all, but five years ago, when we started contemplating going down this road, again, it really was very laptop-centric. One of the issues we had was will people take the time to pull out their laptop, it’s a little bigger, will it fit on the tray table, is it convenient and easy, it’s going to take some time to fire up.... I think it would be a bit presumptuous for us to say that we saw the tablet evolution coming; no one saw it, except for Steve Jobs.

We didn’t know how technology would evolve; we believe it has evolved to our benefit as demand for the broadband services we can provide. The only bet that we made that you could... was a bet, was that more bandwidth would be desired to be consumed than less. We didn’t know how or in what form, but it turned out it was tablet and the ubiquitious handhelds that are Wi-Fi-equiped. Again, in 2007, Wi-Fi-enalbed handhelds were maybe 1 percent of the market, it was ‘oh, maybe, someday our phones will be Wi-Fi-enabled. Well, it didn’t take long for the technology industry to satisfy that vision.

Hirschman: We always knew there would be some demand for taking data off the aircraft, whether it’s maintenance purposes or other functions, and we’re really just at the beginning of that.

Q: AirTran was operating the Gogo air-to-ground connectivity system. Southwest and AirTran merged and the decision was made to use Row 44, instead of Gogo, for the combined fleet. Can you discuss a bit about that decision?

Ridley: Early in the airline industry service providers I would say the decision to go with Row 44, was again a bet that satellite-provided Wi-Fi service had broader capacity capabilities, I think that’s a fact. And the business model that we were working with with Row 44 provided a great deal of more specific control of the customer experience, how we branded the product, what we did with it, how we priced it. It was just a different business model than what Gogo was providing its customers. So it was a technology and a business model difference.

Q: But as the AirTran merger became a reality, was there ever a consideration to go with Gogo?

Ridley: Nominal consideration, but it didn’t cause us to rethink our original decision in any significant way.

Q: Brian, when will the systems be available fleet-wide? And what does the transition from a Gogo system to a Row 44 system look like?

Hirschman: For the Southwest fleet, our plan is to essentially have all of our 737-700s installed and as we take delivery of the -800s, they are being installed in what we call the ‘prep for service’ stage, where it is entered into service. So all the -800s will come into the system with Row 44 installed. As far as the AirTran airplanes, this year, we are converting 11 737s and those will happen throughout the rest of this year. And as those get converted there is no incremental downtime, if you will, for installation of the airplane; it’s done during the 42-day conversion and so we don’t consider that in the critical path. In the standalone install, it takes, depending on the configuration of the airplane, anywhere from five and eight days.

Q: How many AirTran/Southwest aircraft are in the fleet?

Hirschman: We will finish the year with 691 total airplanes, not all with have Wi-Fi. The Classics, the 737-300s and -500s that are soon to be retired, we made the decision not to put Wi-Fi on them.

Q: Taking a broader look at in-flight entertainment and connectivity, what does the future look like? Will seatback displays go away? Do you see passenger interests changing? How can airlines respond to those interests?

Ridley: I can’t comment on what the other air carriers want to do. I know what we’re going to do. We never hardwired or crossed over to hardwired seatbacks or anything like that. By the nature of Southwest, we believe customers and their freedom and independence and rather than try to prescribe to them how they will consume content and with what devices, we’ll let water seek its own level, and not try to outsmart the customer and try to guess what they want and let them come to us. And that’s why we’re confident that the baseline decision is that we want to have a delivery system that is as robust and comprehensive as we can and that’s why we went satellite provided.

ECS in Licensing Agreement with Boeing 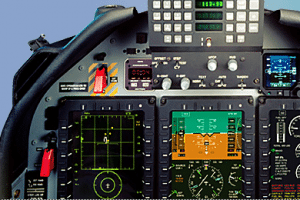