What is the best method for training competent, safe airline pilots? This debate rages in an industry preparing for explosive growth in world pilot demand, fleet size and passenger traffic.

Boeing’s long-term market forecast from 2011-2030 predicts a need for 466,650 pilots and 596,500 maintenance technicians, with the Asia-Pacific region leading the demand. The world fleet is expected to nearly double from the 19,400 aircraft to more than 39,500 by 2030. And those new aircraft will be more technologically advanced — and require “more relevant and more efficient” training approaches than current methods.

To attract candidates to fill the demand, Mike Carriker, Boeing’s test and evaluation chief pilot for new airplane design, notes that the industry must make an effort today to make aviation an attractive career option. “We must bring back the magic of flying,” he said.

Let’s explore a few diverse opinions on how to develop efficient, skilled pilots.

Competency-based training (CBT) is the solution for training the more than 1 million pilots and AMTs needed to operate and repair the fleet, according to Carriker. He proposed the idea in April at the World Aviation Training Symposium (WATS) in Orlando, Fla. CBT is aimed at developing specific job-related skills and performing them to a high level of mastery. It’s not just about learning to manipulate controls, but learning how to fly an airplane safely under myriad conditions.

One example of the CBT framework is the Multicrew Pilot License (MPL) program, which is gaining popularity worldwide. MPL is an ab-initio program, with heavy emphasis on simulator training, aimed at qualifying zero-time pilots as first officers. To advance through multiple phases of training specifically focused on airline operations, the student must demonstrate a high level of skill.

Even lawmakers joined the controversial debate: Is the quality of training more relevant than number of flight hours logged? Congressional hearings led to the Airline Safety and FAA Extension Act of 2010 (Public Law 111-216), which is aimed at modifying the Air Transport Pilot certification requirements, as well as the FAA’s notice of proposed rulemaking (NPRM), Pilot Certification and Qualification Requirements for Air Carrier Operations, that is consistent with the mandates in the statute. The provisions would require a second in command (first officer) in part 121 operations to hold an airline transport pilot (ATP) certificate and a type rating for the aircraft to be flown. The proposal also would require at least 1,000 flight hours in air carrier operations in order to serve as a pilot in command in part 121 air carrier operations. It also proposes to waive the ATP requirement that allows low-time graduates of aeronautical universities and military to apply for an ATP certificate with restricted privileges.

Under current regulations, ATP certification requires 1,500 hours of total flight time and an ATP knowledge test. To fly as SIC, an individual must hold a commercial pilot license and have a total of 250 hours total flight time but is not require to have a type rating. A pilot who holds an ATP certificate may serve as pilot in command in Part 121 operations with no prior experience in an air carrier environment.

FAA received 1,300 comments on the proposed rule from airlines, associations, universities and pilots. Most agreed that requirements should be strengthened but offered various opinions on just how to accomplish it. ALPA, for example, supports the ATP provision, as did the Coalition of Airline Pilots Associations. Universities argue that quality training at accredited schools and the military produce highly competent low-time pilots.

In response to FAA question about whether academic study leads to stronger knowledge base, 781 commenters agreed, including the Aviation Accreditation Board International and ALPA and 41, including CAPA, disagreed. As for lowering the minimum number of flight hours to 750 before serving as SIC, 760 commenters were in favor of a minimum requirement, although 700 of them thought the figure was too high.

In the NPRM, FAA said the proposed rule has costs that “far exceed its benefits. The total cost of the proposed rule is listed as $1,575.2 million and a total social benefit at $896 million.” However, the agency notes that about 75 percent of these costs are the result of the statutory requirement that all pilots operating under Part 121 have an ATP by Aug. 1, 2013.

How will the pilot training issue be resolved? What’s your opinion?

Frances Fiorino, a Washington, D.C.-based freelance writer, has more than 20 years’ experience as an aviation journalist with major publications. She holds a private pilot license and covers air safety and simulation/training issues in the transport and general aviation sectors. 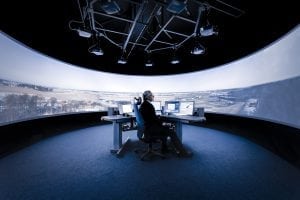